How to take a better photo series – Part 1

First, wash away the blood and then lets go! 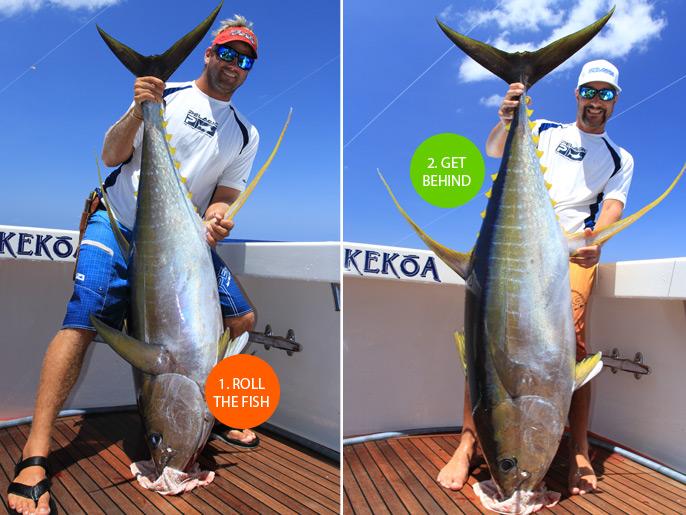 Same fish, two photos. Which one do you like?

1. Roll the fish so the side of the fish is flat on to the camera. The same goes for the curve of the fish when you’re holding it up horizontal (support the fish under).  Better to show off the size they say!

2. Get your body behind the fish! I’m not talking about stepping two feet back to create some type of unnatural depth perception (that makes the fish look big and you, so tiny!) If you are holding the fish, try and get your hands under and to the back rather than in the front of the fish like the guys have below. 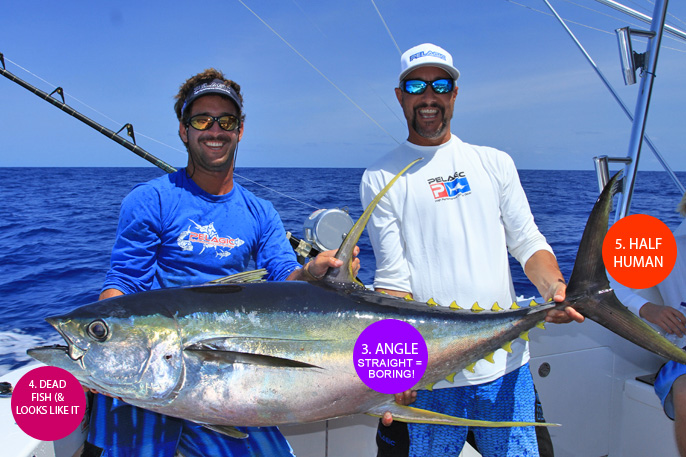 This is a different fish, and not a terrible shot, but it lacks the same impact as the first and could be improved!

3. Give it some angle. Holding a fish straight up in front of you..boring! I like head down and to the camera. Makes them look mean – especially the toothy critter!

4. Don’t wait too long to take the pic. A dead, stiff fish looks like a dead stiff fish! (and loses so much of that beautiful colour that makes a great photo!)

5. Clear the background. The fish is the star!  Get as much of the random gear and half humans out of there as you can.

Other things to do if you can:

I prefer getting blue sky behind and will sacrifice the old adage “sun behind the camera” to do it. The blue sky adds a beautiful colour tone to shots you just don’t get with the grey and dingy – and sometimes when we’re at sea, we have the full range of sky colour to chose from.

If you do have to shoot into the sun (hey, you are on a boat and not always traveling in the photographer’s choice of directions!), I have been known to turn my camera up-side-down, turn the flash on and shoot the flash up and under the hat to illuminate the face.

These days even a phone can take an awesome shot, but I find that in a boat, where space is often at a premium, and getting an unobstructed view of fish and angler the challenge, a wide angle lens works best. 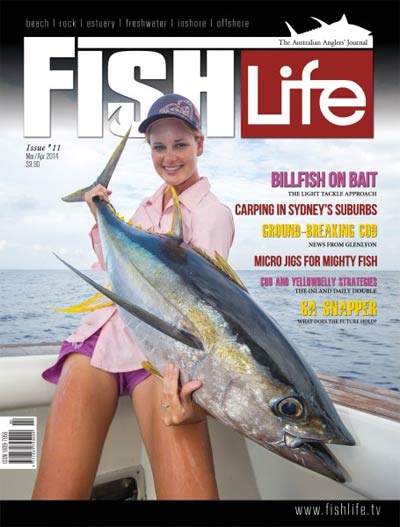 Prefocus on the eye of fish and then reframe.

If you want the angler in focus too, use a small aperture.

If you would like to blur angler and place focus/emphasis on fish only, use a large aperture.

As light diminishes increase ISO to maintain your speed and depth of field.

If you have any requests to cover in future series, let me know. Of course I’m going to cover marlin jump shots, but we’ll get to that.