The Dampier Classic has been added to the tournament calendar and is coming up on Aug 3-6.  KBGFC President Steve Tatham tells me that its been very windy there for the last couple of months but the fishing, when they can get out, has been pretty HOT. Steve says that most boats have been getting 6 + marlin a day in the last week.

The sailfish season also started with a bang in April but has slowed with the cooler water now. Steve says that he got 23 sails in 4 trips with his son Jackson (who is only 9 years old) and 17 sails in one trip where he got 7! 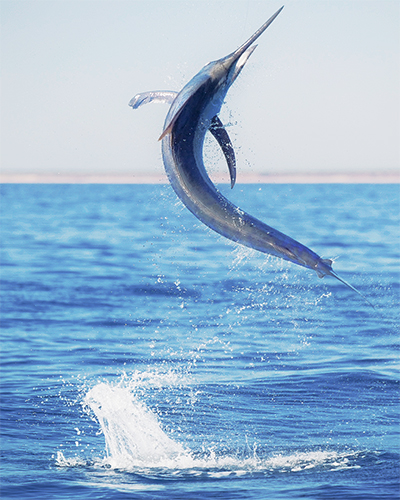 Jeff sent me this awesome shot of a jumping black during the Broome tournament this week taken by Deb Whitcombe on team 3XL.

If you’re not following BMFB on Facebook or Twitter, you may have been missing the status updates from the action over at Broome.  Day 1-4 results have been posted with the action on the sails definitely heating up on Day 4.

(If you’re very switched on, you’ll notice I have moved these results from the previous post.)