Report from Peter Kendall who fished Cape Canyon off Moreton Tuesday in Mighty Tonka (33′ Grady White) and caught this estimated 180 to 200lb blue and a 19kg dolly. Peter tells me that Chris and Jason were the anglers and they had previously not done any heavy tackle fishing but did everything right – the caught the fish and had a blast as well!

The blue was released in good health after the pic – well done! 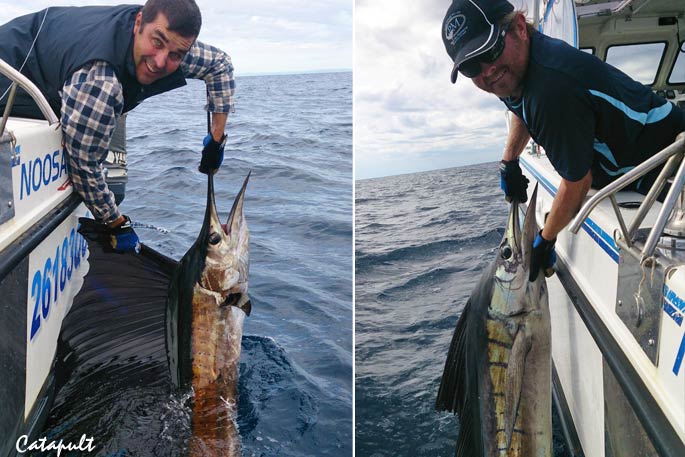 Also another update from Lachlan from the action off the Sunshine Coast.  Lachlan says that also Tuesday Mark on Thunderbird went 2 from 3 with a black and a sail and missing a micro black. Misty went 1 from 1 with a nice sail.  While on Wednesday on Catapult Lachlan, Paddy and Paul went 2 from 2 on sails (pictured above) with one being a recapture.  Misty also went 2 from 2 on sails and Jubalado went 1 from 1 on a micro black (pictured bottom). 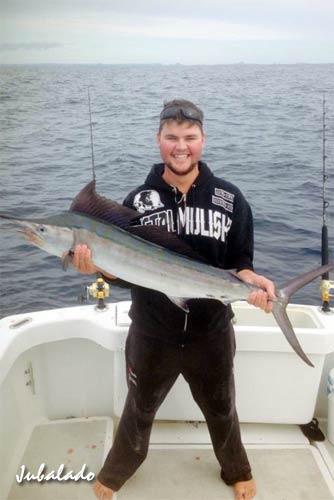