Quiet on the report front yesterday although I do know of a couple of big fish each from Capt. Craig “Sparra” Denham’s Hot Shot and Capt. Casey Dent’s Zulu. Potentially more to come there.

A catch up pic at top from last week on Capt. Darren “Biggles” Haydon’s Bounty Hunter shared by Ryan O’Halloran who is back on deck for Biggs again this season. Nice fatty! This was one of their 9 fish in the last 7 days with three over 700 including a 950lb-er!

Capt. Steve Ahlers’ Hellraiser released two yesterday at 200 and 600lbs below.  On KEKOA we released a small model and raised another for the switch. 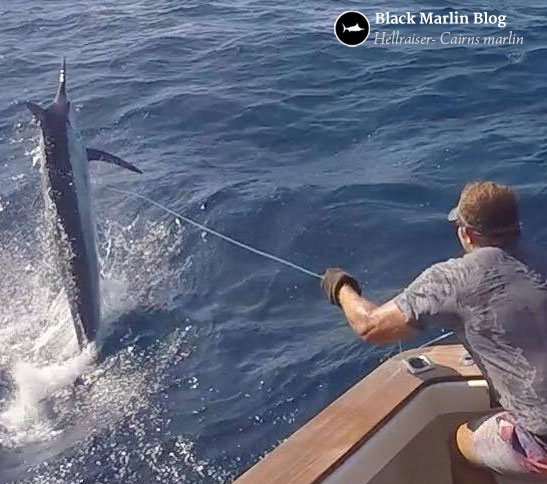