Lizard Island Day 4 and great fishing outside the comp too

The fishing picked up again on Day 5 of the Lizard Island Black Marlin Classic for both the boats in the fleet and those outside the comp. I will get an update on scores again later and will update here. All of course are tentative until cease fishing and tag cards are returned at the island.

Peter & Sheridan Yates’ Absolute surely screamed to the front yesterday with a fantastic 5 from 5. This will give them the daily but may also put them in the lead(? TBC). Other good fishing yesterday included another few big fish. Steve Haygarth on Kestelle tagged one they put at 850lbs, while Capt. Haydon Bell’s Kanahoee put one at 999lbs.

Peter Jenyns is back for the comp on Jim Stenings Tsukiji who had a hard luck story for the day breaking off an estimated 1100 at the boat late in the afternoon just out of reach of tagging on No.10 for Jim on the rod. Peter said the fish came up looked at tuna first and then the scaley but ended up eating the shotgun lure!

Myles Weston’s Elempi has gone from holiday to fishing mode in a heartbeat kicking off their season in style with a 4 from 4 yesterday.  Myles said there were 2 for Bob Barclay and 2 for Dan Bulger, all small fish in the 180-240lbs range although they had a big fish up with two small fish with it late in the day. Unfortunately while the big girl was following the big bait, one of the small fish ate the other bait as they often do!  They are off to do some popper fishing today and ack on the marlin fishing on Friday.

Capt. Tim Richardson’s Tradition also had a great day on the water going 3 from 4 and still finding time to give me tournament updates (thanks Tim!)

Photos with thanks to Tara on Hot Shot! 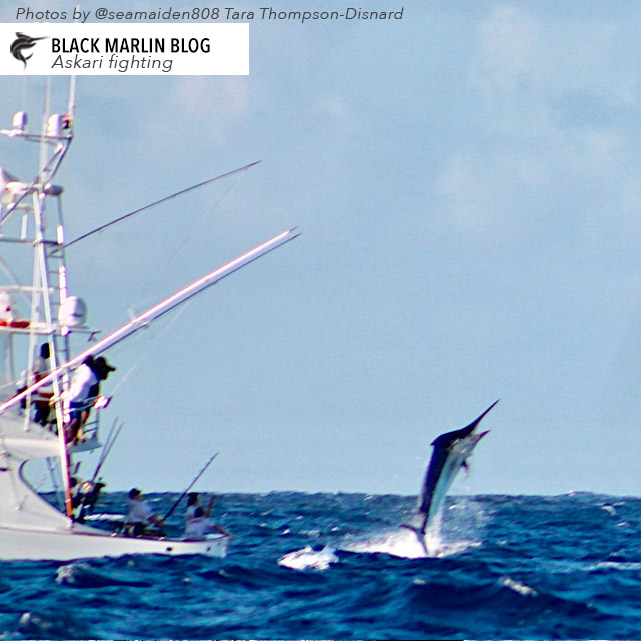