Weekend on the water

Blue marlin have made their way from Fraser south with Braden Byrne going 2 from 3 off Noosa on Saturday in his trailer boat after a late start (and 2 dolphin fish) and also tells me that a friend went 5 from 13 nearby!~!

The blue marlin bite extends south all the way to Sydney and surrounds where Botany Bay GFC’s Marquis (Rob Curry) weighed a 273kg blue with Wombat on the sticks two up! There have also been more striped marlin reported off Port Stephens this week though hard to catch.  Joel Abercrombie’s Black Ice has been one on the water and reports that there was a little bit of action over the weekend with the water perfect and decent amounts of bait around. Joel said they marked a lot of fish down around the 50 fathom range but couldn’t get a bite out of them although a few boats were lucky to get bites over the tide changes from packs of striped marlin. It’s shaping up for some good fishing over the next week or so.   Last week Joel and Gaz were 1 from 4 on stripes – another great shot at top!

Updated from Port Stephens: Troy Frith’s Frito went 3-2-1 yesterday with 13 year old Cooper spending 2hrs fishing a tail wrapped stripe which was eventually tagged. Troy says they also lost another small black not long after and that both the bait and water are looking good off Port for a really good season.  Troy also reports that most boats got fish yesterday including Compton who went 3-2-2 on stripes and lost an estimated 180kg blue on the leader after 2.5hrs!  Cooper was also the younster on hand to help out on another boat who was fighting. Cooper drove the boat and tagged a nice stripe at the boat before release. Good deed day for sure!

Over off Exmouth the blue bite continues as well with Onstrike’s Capt. Josh Bruynzeel reporting 2 from 2 (stripe & blue), 2 from 3 (blues) and 3 from 5 (blues) for the last few of days. Last week Peak Sport Fishing’s Capt. Eddy Lawler also found a few larger models in the 500lb range.

Up at Weipa the sailfish have been providing some pre-Xmas fun for Duane and Linda Jay’s Get N Any who went 8-6-3 yesterday and 5-4-3 the day before. Darrell French’s Wine Down went 7-6-3 Saturday as well.

The Ribbons Ladies Game Fishing Club held their annual tournament last Saturday 2nd December out of the port of Cairns with 33 boats and 106 anglers entered including 7 juniors and 26 anglers from out of town.

The conditions were perfect with only slight winds and minimal swell and saw that the ladies enjoying a great day on the water.

42 game fish were weighed in bincluding some good sized Spanish mackerel, mahi mahi, yellowfin tuna and wahoo.  The billfish were still around for the day with the stats for the day being 40 strikes, 24 hook ups and 9 billfish tagged and released.

Champion Team 8m & Under was Sherie King, Paula Atkinson, Tracy Grant and Tanya Ellis on board Four Reel, for the second year in a row.  Champion Team Over 8m was Erin Howell, Heather Nicholson, Nicole Neill and Lizzie Guedes on board Kamikaze, taking out the coveted prize from the team on Kanyana by a mere 205 points.

Michelle Sims on Bounty Hunter took out the Highest Individual Point Scoring Gamefish division with the 19.26kg wahoo she caught.

Photos below from the tournament by Front Row Photo – shirts designed and sponsored by me (they look great ladies!)

There are some shirts left that will make the perfect Christmas presents! Same day shipping for orders by 11am daily. Buy online here.  (Australian and New Zealand shoppers only sorry!) 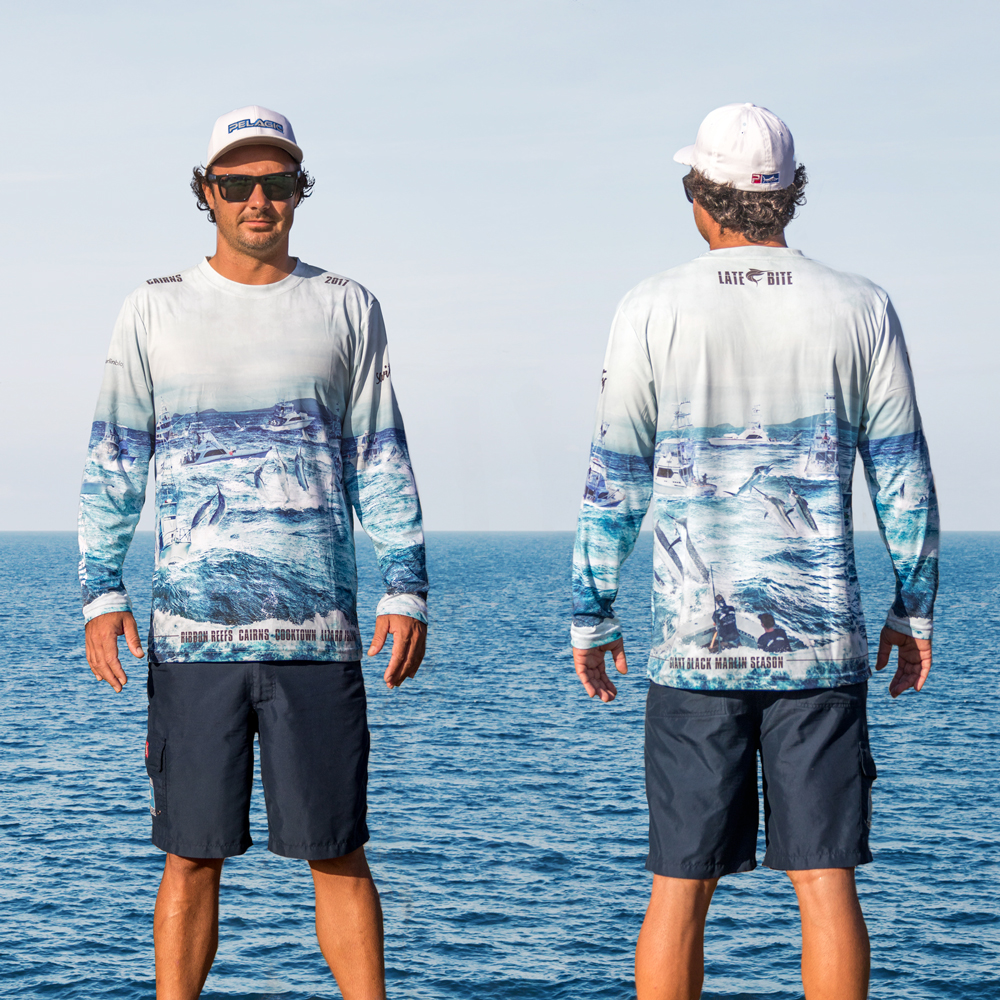