As always more reports will be added from the weekend when they come in! Updated: 7 Feb 2018.

It’s not terribly often you hear about Victorian marlin but that has certainly changed in the last few years and this year already some seriously good fishing has been enjoyed by crews off Mallacoota
Richie Abela’s Dreamcatcher the latest yesterday with a 7-6-6.

Richie says the Bastion Point boat ramp has been a gamechanger for crews to access this area of coastline which has often flown under the radar.  He says it looks amazing off the corner of Victoria at the moment with 22.5 to 24.5 degree water on the shelf and loads of bait and that it should hang in there for a little by the look of the currents. A great little hot spot for swords, tuna and marlin.  Richie also reports that Lakes Entrance near the oil rigs fishes is fishing well now as well!

Matt Cassar on Cubin’ is also on fire having gone 11 from 17 in the last three days of fishing! 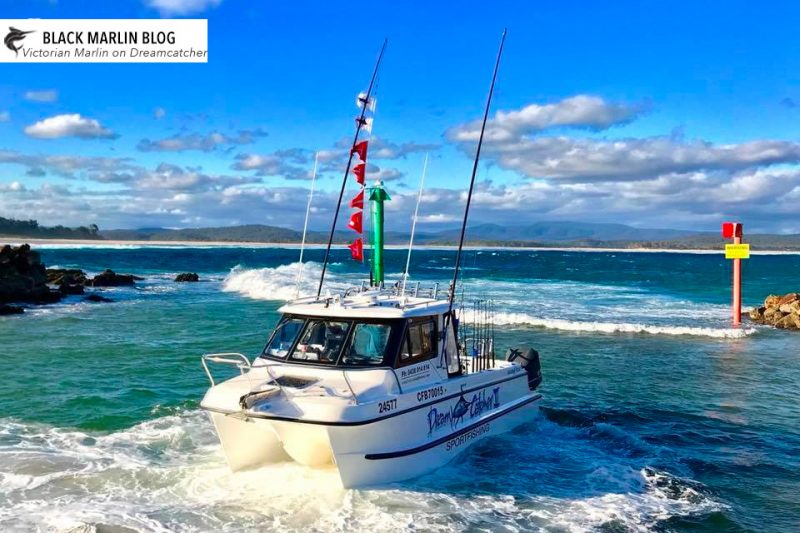 Big congratulations to Chloe and Tom Lawrence who took out the Jess Sams Tournament on the weekend with 8 tags (and number 9 just after cease fishing on Day 1) with Michael Bonnici and Sam Owen. Great result to christen their new boat Tomohawk with a tournament win and for another trailer boat win in the comp! Chloe told me that of the 15 fish they raised, only two were blacks with the remaining stripes (photos). 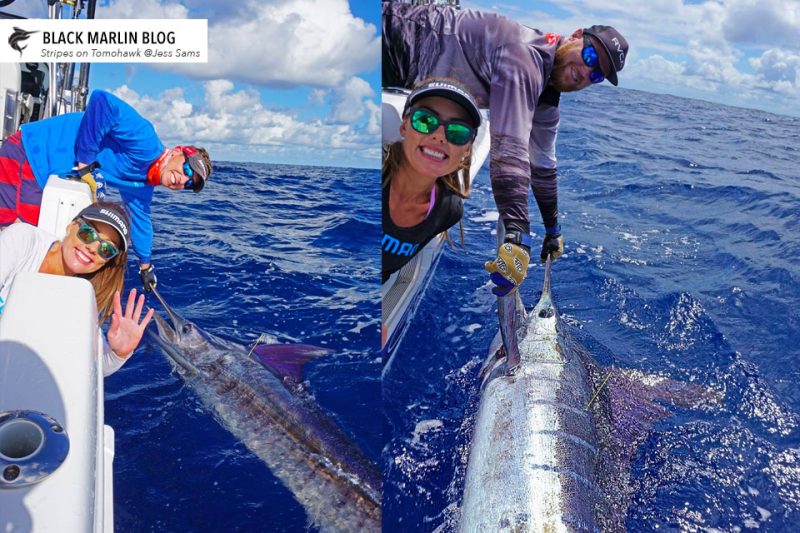 Updated: The team on Phil Webster’s Little Audrey had a hot day of fishing Monday as they relocated the boat from Broken Bay to Port with 7-7-7 (6 blacks and a stripe)! Well and truly hot fishing! And  also for Luke Maddern’s Maddness for a total of 12-10-10 for the three day weekend. (Thanks Claire!)

Well Port Stephens has fired just in time for the upcoming tournament season.

Born Free was just one of the boats getting among them and Paul Dickson was on board for the action and tells me that they fished the Car Park yesterday for 4 blacks and 2 stripes as well as 3 whaler sharks all on live baits. Paul says that there were several boats out there getting among the fishing including Calypso, Ningaloo and Ambition (4 marlin and a whaler).  Paul says that unfortunately the inshore bite was very quiet with Deckie from Tackleworld getting a small black on the Gibber and that there are plenty of boats showing up now at the port of Gold ready to chase the  100k in the Shootout!

O’Brien Boats‘ OB1 took advantage of the glamour weather to head wide in search of a blue and ended the weekend with 1 from 2 at 200 lbs. Leigh says the other one they missed was a 500lb model!

And the countdown is likewise on over in Exmouth with Gamex just over a month away.

The EGFC just hosted their Heavy Tackle Tournament last week which is now the second biggest event on the EGFC calendar.

25 boats and close to 100 anglers competed over the Australia Day weekend with anglers restricted to heavy tackle only for the comp – fishing 37 and 60kg line class only and outside the 250m contour. Final stats for marlin were 80 raised, 59 hooked, and 30 tagged.

Unfortunately the weather forecast prevented more entries and cut fishing short on the final day but despite the weather teams caught a great mix of blue marlin, black marlin, yellowfin tuna and wahoo.

There were plenty of wahoo up to 15kg and although vessels were fishing outside the 250m contour, rat blacks made their early presence and snatched up lures intended for big blues.

Several big blues were also tagged and no billfish weighed.

Captain Eddy Lawler and team Black Marlin on the 36ft Blackwatch took out the Champion Boat Overall, while runner up went to team Rogue Banana in a small centre console with 3 anglers from Port Hedland, Exmouth and Perth.

Several sailfish were also caught during the event and there were only 5 boats that didn’t see a marlin and some boats saw 6 or 7.

A huge thanks goes to the sponsors and organisers Hayley Dellar, Jason Browning and Leigh Freestone, as well as the numerous volunteers and committee that assisted.

The next big tournament on the western calendar is Gamex which is due to run 16-24 March. (And big thanks to Jeni for the report!) 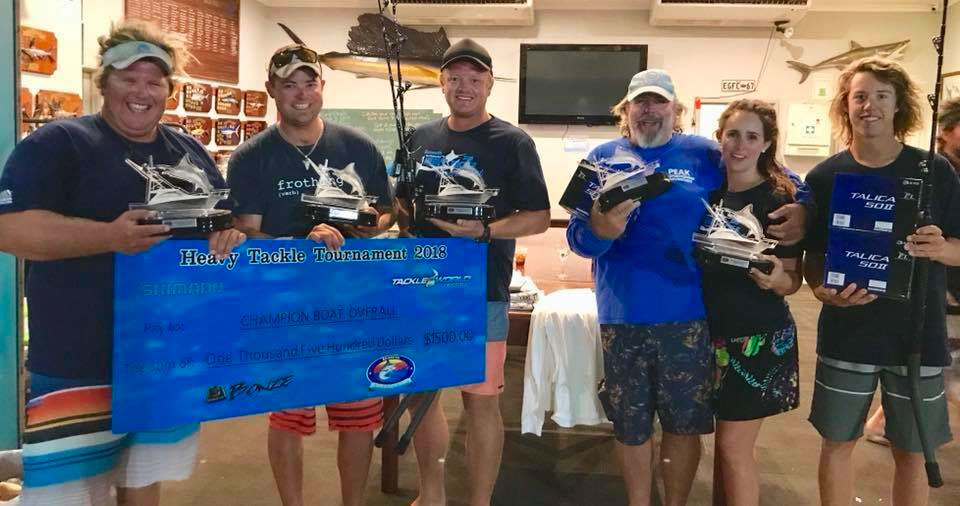 Unfortunately due to the weather the Sunshine Coast GFC had to postpone their SCGFC Classic to the backup dates of February 15-18.