She’s a wee short sked this week but more to come as reports come in. Much of the coast has been experiencing some winter weather doldrums over the last few weeks and looking for an opportunity to get out. When it does arise some good fishing to be had!

Of the few, Capt. Brett Alty’s Mistress made the most of the break in the weather off Fraser Island last week with two blues and a black included a mixed double header of a blue and a black among them.

It’s the start of little black marlin time in the north, so hopefully with a break in the weather some of those reports will start to come in too. Off Cape Bowling Green several Townsville GFC club boats were in the hunt for the little blacks on the weekend and while a few were sighted, none stuck. TGFC’s Silverback did convert a sail with reports the water is good and baiting starting to show!

Update for Monday: Luke Bird’s C-Girl is 4-3-2 on the little blacks off Cairns by 2pm.

Update for Tuesday: Capt. Ross Finlayson, who is at the wheel of the new Bounty Hunter this year (ex-Calypso), fished yesterday for an enounter with a larger reef black that ate the laser pro about the 120-150 range!

And a reminder that entries for this year’s Cairns Bluewater GFCs Billfish Tournament – Aug 15-18 – are now online!

On the Sunshine Coast Mooloolaba GFC’s Jamie Behrens reports that club boat Tourette’s skippered by Steve Turner went 3 from 4 (sails & blacks) late last week. Pilchard and slimy mackerel schools have shown up. A few fish still to be encountered out there as well!

And of interest, Capt. Charles Wheeler (Curusoe Fishing Adventures) in Vanuatu reports catching a blue last week that has swum a very long way in a short amount of time since being tagged off Sydney in March! 2472 kilometers to be precise! Full details are yet to come via NSW DPI on the fish he estimated at 85kg (blue marlin). 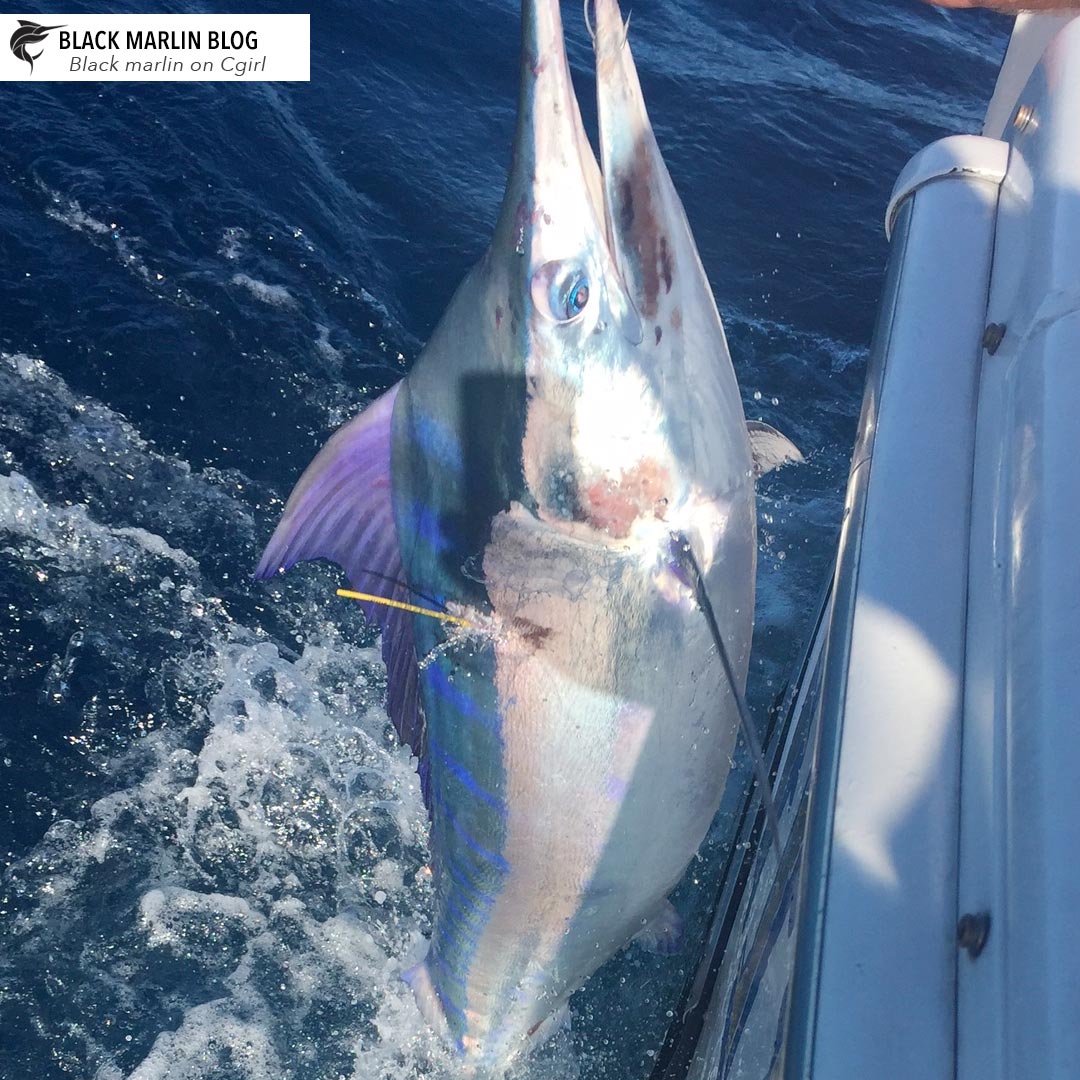