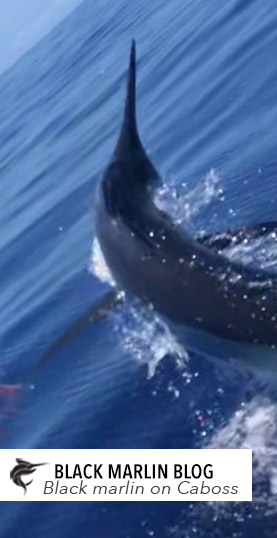 Fishing is still a little slower than we’d like at this stage of the season, though more are being caught than are reported of course.

Nathan Wakefield is on Caboss off port Douglas and went 2 from 3 on the Bank yesterday.

Unleashed Sportfishing’s Jason Hedges reports his first trip back out heavy tackle since winter this week for blues as a pre fish for the Shimano shootout (which is postponed till the end of the month due to weather). After seeing all the Blue caught off Fraser and seeing the current really stating to kick in on the 50 fathom line and also out wider Jason said he knew they couldn’t be far off.

They hooked a small blue 10 mins after lines in but unfortunately it pulled the hook after a few minutes. The next bite came on the moon rise at 4pm destroying the Pakula Brad J on the shotgun and waking up the crew. Jason said fish didn’t jump once but took a heap of line.  25 minutes later they landed a nice Blue for angler Brenden Carr. Needless to say it has differently kick in the marlin bug for them for the coming Gold Coast season! 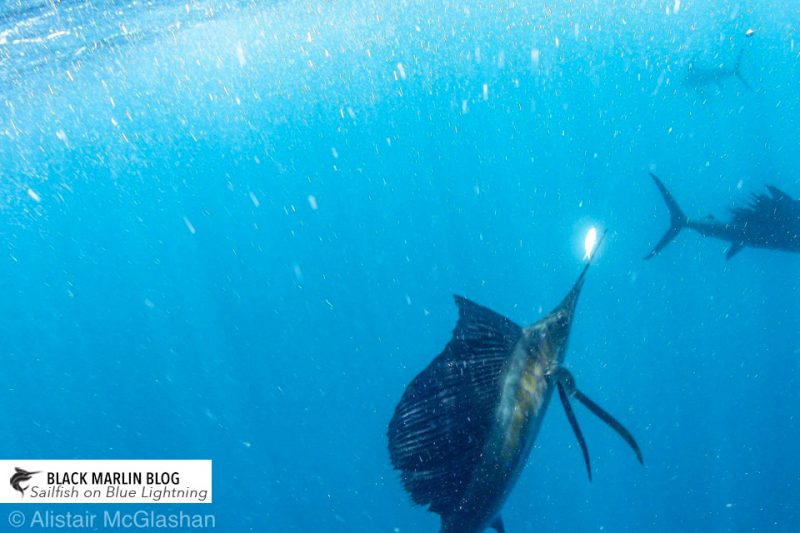 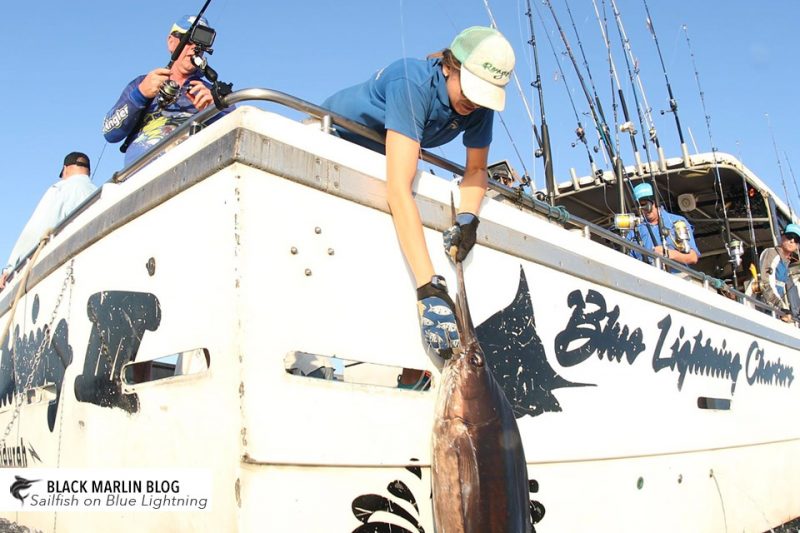