Catch up report from Marlene on Brilliant Company who fished Fraser Island the weekend before last on their way north and home to the Whitsundays. Marlene reports that the weather was great for the duration of their stay and she was amazed at how much bait and marine life there was. One morning they had three fish on the teasers straight away for a double hookup while not far away was a humpback whale slapping its fin with dolphins right beside it. Not to forget those birds that were non stopped diving for bait and trying to pinch our teaser baits. 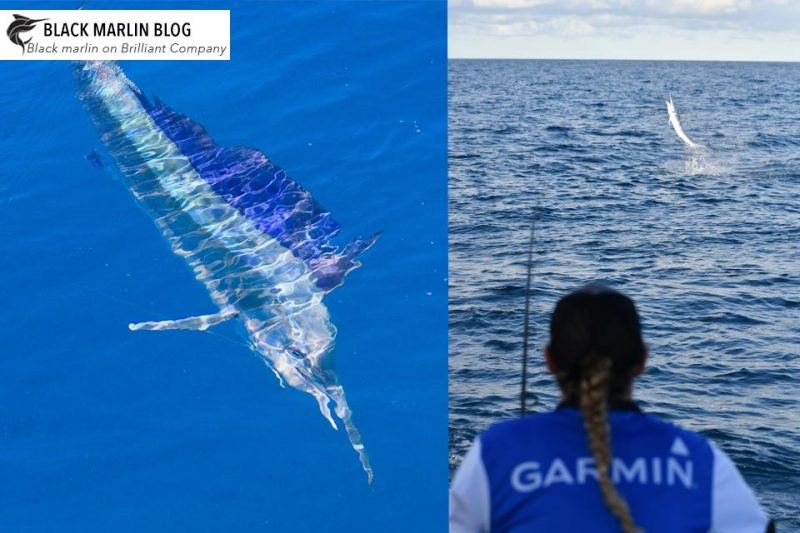 The Nicolosi family on Zuri managed to sneak out on Saturday and tagged a nice sail as well a little black and also had another little black up on the teasers which didn’t commit. That followed up another tagged on Zuri for Donna and Sam the week before.  Peter O’Brien was driving Paul Phillips new 40 Caribbean Shindig who also managed a little black.  Thanks so much to Jack for the reports!

Both Peak Sport Fishing and Onstrike Charters are reporting some good fishing with a good run of weather. Peak was 5-4-4 black marlin on Saturday while Onstrike have been finding both the blacks and sails.