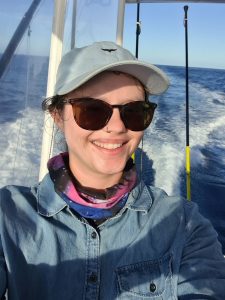 PhD researcher Laura Smith from the University of Queensland is undertaking a study with aims to increase knowledge about sailfish in Australian waters, and further afield. The three main components of the study are: species distribution of sailfish in northern Australia, genetic population structure of sailfish, and citizen science in recreational fisheries research.

Laura wants to know which environmental factors are important for sailfish occurrence, such as sea surface temperature, rainfall, climate indices, productivity, and currents.

Laura will use tagging data from the DPI Game Fish Tagging Program and the Billfish Foundation to model distribution and suitable habitat across northern Australia. She is also using new genetic tools to find out more about sailfish populations around the world and is collecting fin clips from sailfish caught off the Sunshine Coast. She hopes to travel to collect samples from Western Australia and Northern Territory later in the year.

International collaborators are providing sailfish DNA from around the globe, which will help answer questions such as: How many different populations are there within the Pacific, Indian and Atlantic Oceans? Are sailfish from the Indo-Pacific genetically distinct from sailfish in the eastern Pacific?

Laura plans to investigate the role of citizen science in fisheries research and management in Australia. This will help to better understand the past contributions of recreational fishers to research and what drivers or barriers there may be for future research.

Want to know more and if you can be involved? For more information, you can contact Laura at laura.smith@uq.edu.au.