From the reef: I heard that Capt. Brad Craft on Reelistic had the pick of the day on Friday releasing two nice black marlin at Spur Reef at 750 and 950lbs.  And also….no wait a second…that’s it~!  Good on you Brad for the nice fish and for giving us something to write about ;-)  Still, today is another day, right?!

Meanwhile over in Weipa, someone else who is having a ball ticking fish off his 100 species on fly in a year target list: Ben “Nosto” Bright headed out solo again on Last Cast and ended up with two from four sails on fly solo.  That’s 43 species now in just under four months!  Some more great footage to come. 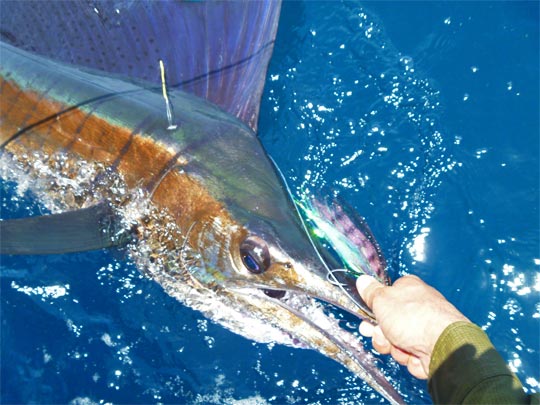