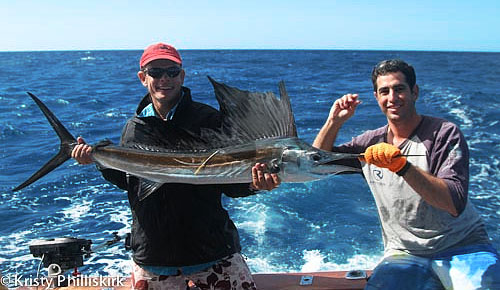 Don’t worry Stav, we get the idea of just how small this sailfish is!

The tournament wrapped up yesterday with the Day 1 leaders on Mojo extending their lead to take home the Champion Team trophy.  They added three sailfish on Day 2 including this tiny one above that Ben estimated at just 5 kg!

Photos by the talented Kristy Philliskirk, who got some really great shots, despite the weather (as always, I think it looks a lot calmer than it was!) Thanks Ben for the wrap up and Kristy for sharing these photos! 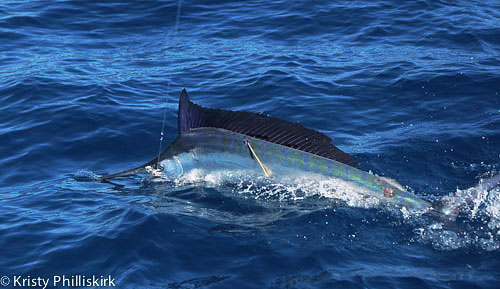 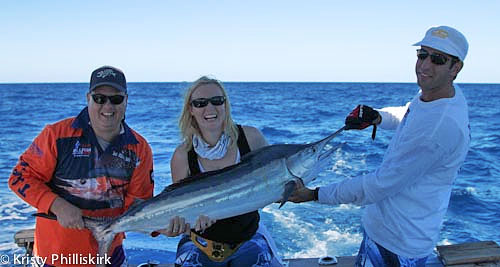 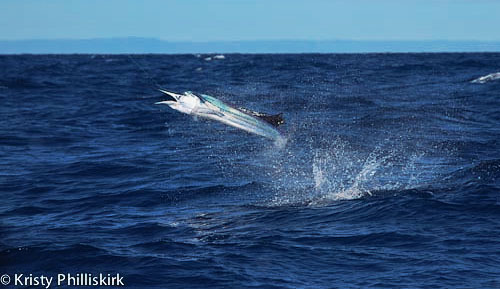