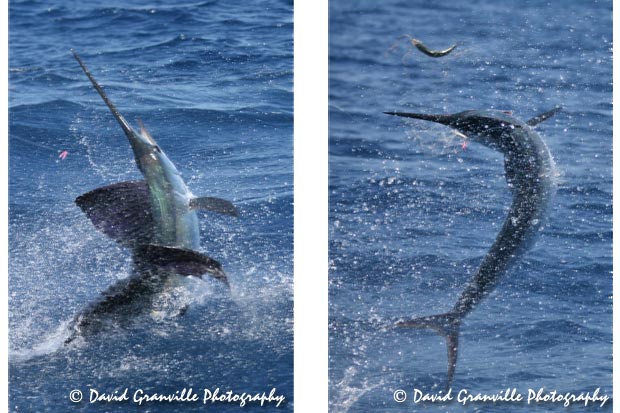 David Granville fished on Reel Capture off Mooloolaba yesterday and reports that while the fishing wasn’t red hot, they ticked away at them ending up with five blacks and two sails for the day (sounds pretty red hot to me David!). David says it’s nice to see a couple of sails show up as until now the catches have been dominated by little blacks.

Fishing the same area as Reel Capture several other boats had good days as well with Reel Hunter catching six blacks, Jubilado five blacks and a sailfish and Tim on Big Wave Dave got at least three blacks fishing solo.

It was also a great day for three Mooloolaba GFC boats fishing yesterday in the leadup to the club’s Rally Day on Saturday.  Nathan Douglass, this time at the wheel on Luna tells me they released seven yesterday including a first and second ever fish for Conor’s girlfriend Laura. Its pretty tough when your first ever fish is a marlin!

They were fishing alongside Matt Thomson and crew on Kanyana who finished the day with six and Ian and Rene Walker’s Phantom who put their guests onto seven as well. 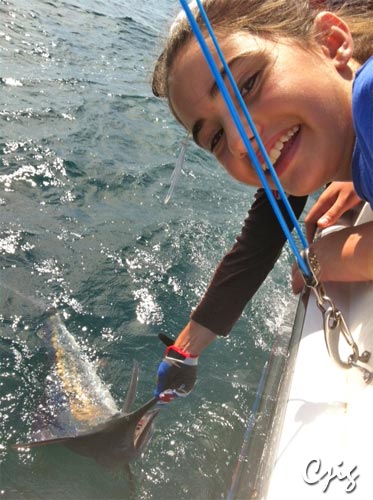 On the Gold Coast, Grant Thomson’s Cjig got three from five little blacks off the Pin before lunch including this one for Imogen.