Ladies and gentlemen – we have a winner!

The 2012 Lizard Island Black Marlin Classic was the stage yet again for another round of the Great Marlin Race. 5 satlite tags were provided and sponsored by Peter Teakle to track the movements of these giants and provide valuable information including its location and depth, and the surrounding water temperature transmitted to the scientific team at Stanford University once the tag detaches from the fish and floats to the surface.

While the tags were planned to be launched during tournament fishing, only 1 actually was – the first one – with the remainder redistributed among boats continuing to fish and launched in the two weeks after. 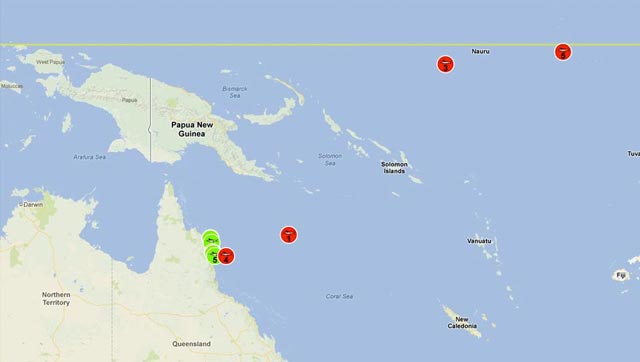 And congratulations to the team on KEKOA whose fish was the standout winner traveling a total of 1,875 nm from where it was tagged as shown in the graphic above (Number 5).

Summary of the launchings:

What I found most interesting was the similarity in tracks to the fish from the 2011 marlin race (graphic below). Also, with the location of the two tags which popped early in the first half of December, validating what we were saying last year about the water not getting hot and the potential for the fish to hang around well into December.  You can draw your own conclusions and look at the data yourself here. 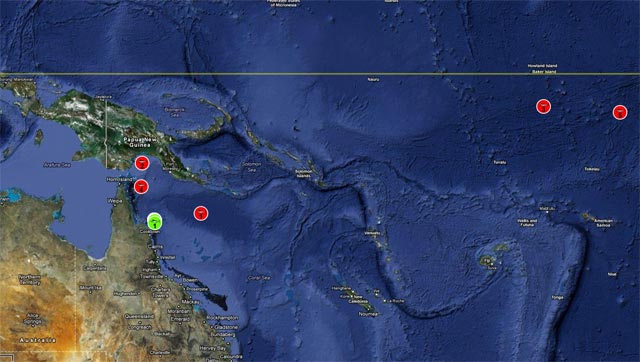 And also for those interested in the data for the results of Exmouth GFC Great Marlin Race from Gamex 2012, those results are here.

This year the Gold Coast Game Fish Club Inc. will be holding a leg of the Great Marlin as part of the Cabo Hatteras Billfish Shootout in April.

The club is looking for individuals, groups or corporations to sponsor tags for the competition – doing so will provide you with a fantastic opportunity to participate in a fun scientific adventure that will contribute to the sustainability of billfish and the future of our sport.

Each sponsorship category gets to name their tag and this will appear on all websites that display the results which include: IGFA and Stanford University as well as the club website.

An education briefing will be conducted on the briefing night of the tournament to ensure all crews are versed in the required techniques for successful tag deployment.