The weather ruled over the weekend with the cancellation of both days fishing for the first weekend of the NSW Interclub.

In South-East Queensland, it was another story with the weather breaking on Sunday enough for boats on both coasts enough to get out amongst the fish.

Sunny Coast GFC President Brent Higgins tells me that a number of SCGFC boats took advantage to hit the water. Fish Whisperer, Reel Capture, Watch Ya Problem and Keneka fished ‘the hards’. Fish Whisperer tagged 2 sails from a triple hook up as well as 2 blacks, while Reel Capture also continued its consistent year with a sail and 2 blacks. Watch Ya Problem tagged a black as well. Brent says its good to see a few more sails showing up.

On the inshore grounds, fishing in bottle green water, Jamie on Reel Hunter released 2 blacks fishing solo and Walk the Line also got the 2 blacks. Mooloolaba boat Big Wave Dave tagged a black in close before finding 2 blacks and a sailfish a little wider in the afternoon. The rain an wind has set back in today so they were lucky to get a day in. 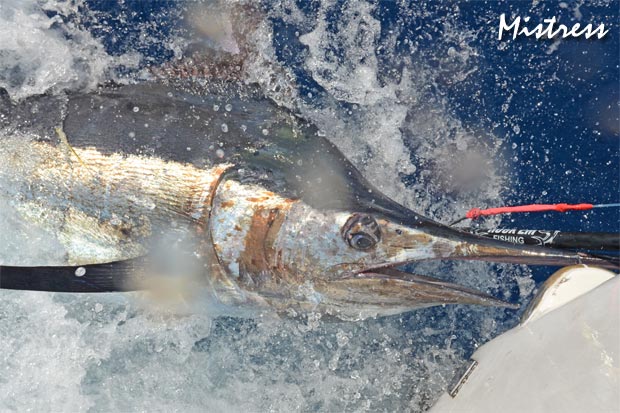