Postponed Due to Weather 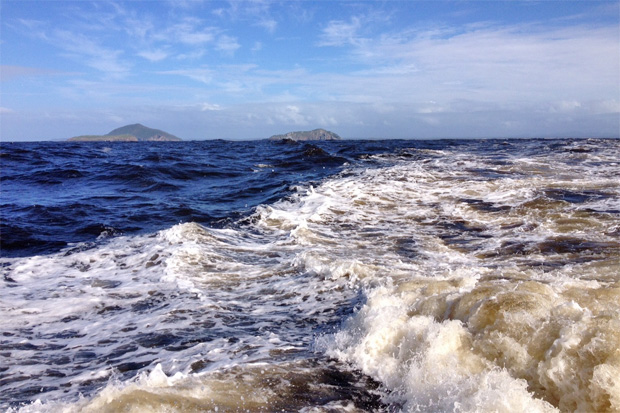 Yesterday came the announcement that due to the current expected weather conditions the 2013 Simrad All Tackle All Species Tournament and Lady Fishers Game Fishing Classic will be moved from the weekend of 8th, 9th and 10th of March to the weekend of the 22nd, 23rd and 24th of March 2013.

The format of the tournament will remain the same.

For those that have entered and are no longer able to make the revised date please send an email and the entry fee will be refunded.

The club hopes that by moving the tournament we will get a suitable weather window to allow all boats fair chance for a comfortable and successful tournament.

As we know its been rain, rain, rain for much of Queensland and Northern NSW which is affecting the water quality all the way along the coast.  Steve tells me that they’ve had 2037mm of rain at Mt Seaview (inland of Port Mac since Jan 1) and as a result the bar at Port Macquarie is very ordinary with logs the size of tinnies. The muddy water continues all the way out to about 80mts. Steve says it looks like the Yarra, only bigger!

Likewise, the Port Stephens season has suffered due to the resulting water quality as it makes it way down there. While the little blacks were making themselves known before it all flushed through, its been slim pickings since when you can find a good weather day to fish!

Ben sent me this shot of the ‘soup’ at top on his way out from Port Stephens with Capt. Scotty Thorrington on board Freedom so you can get the idea.

Finally, the northern boys up here in Cairns told me I should share this pic with all of you from down south so you can see what we are doing up here when we’re not catching grander black marlin. We’re chasing ‘grander’ barramundi instead!  KEKOA‘s Capt. Luke Fallon with a 135cm monster caught (and released) at Tinaroo Dam in late Feb. 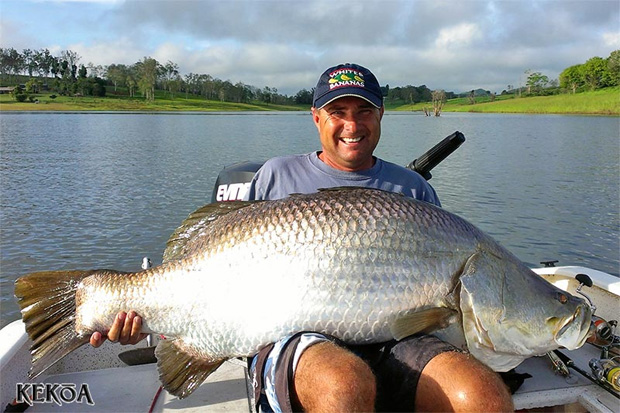