The little black marlin are on fire with reports all the way along the coast from Hinchinbrook to Port Stephens. And also a couple of Gold Coast blue marlin too!

From the top, Brett Ward tells me the little blacks are already showing up in the north. He trolled in the shipping channel off Hinchinbrook landing one from two hookups on little blacks (approx 6kg).  Perhaps Townsville anglers Easter fishing had similar results (anyone?) 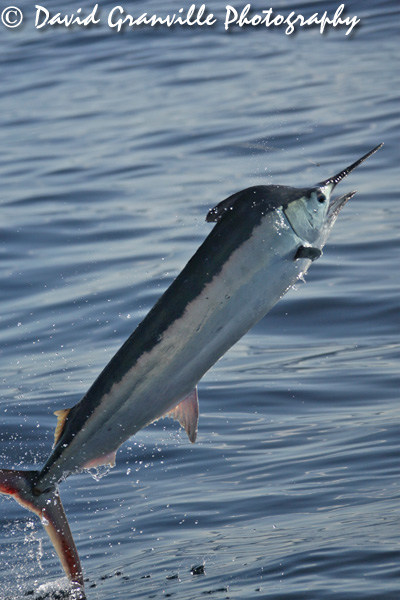 On Friday the Sunshine Coast fleet had a ball on the water with David Granville reporting 6 for Reel Capture (5 blacks and a sail bringing their season tally to 96!).

David reported other boats fishing nearby also did well with 5 for Monster, 5 for Big Wave Dave, 2 for Jubilado, Walk the Line, Catapult and Reel Hunter – all a mixed bag of blacks and sails.

Another great shot from David on Reel Capture left.

Off the Gold Coast, Grant Thomson and the family on Cjig enjoyed a fun Easter Sunday on the water with one black marlin and a wahoo before the chocolate sugar high took over!

And off Port Stephens, Capt. Scotty Thorrington’s Haven Charters (Freedom) may have been skeptical of reaching his 100 billfish for the season this Port season – but thankfully, an awesome run of fish has put him back in the hunt. Scotty has reported 49 in 7 day’s fishing including one of the best day’s fishing on the water this year with 20 from 25 little blacks on Thursday.  Tackleworld Port Stephens is also reporting other boats notching up between 3 and 6 a day.

Back on the Gold Coast, and the week after the Surfers Paradise All Tackle All Species and Capt. Ross McCubbin put Brad Job and Mark Moreland on a blue marlin a-piece yesterday.  Fishing out wide Ross said both were caught on the high tide and he put them at 220 and 150kg respectively.

Speaking of the Surfers Paradise All Tackle All Species Tournament – the wrap up report is here – including the Lady Fishers Classic. Read on for full details.

Numbers were down on last year after the rescheduling of dates due to the cyclone, but the fun and friendly banter between boats and anglers made it a fantastic day along with great captures to first time anglers.

The Lady Fishers tournament raised a total of $2,798 for Breast and Prostate Cancer.

There were 6 boats entered in the tournament comprising of 9 female anglers, 3 junior anglers along with 12 crew. There were 17 strikes, 13 hook hps, 12 tags and 1 capture.

Champion Boat – Other Species was awarded to Simrad.

Champion Female Angler was awarded to Antonio Thompson fishing on Simrad skippered by Kenneth Thompson with Peter Pakula as crew.

Champion Female Angler – Runner Up was awarded to Christine Keen fishing on Ripples. skippered by Lance Ripley with Mike Clare as crew.

SIMRAD All Tackle All Species Tournament