Photo album from Sue and Steve Ahlers’ Hellraiser who took out Champion Angler, Champion Male, Champion Boat at the Light Tackle Slam on the weekend. This fella looks like a reef black and a fair bit bigger than the juvies they are catching off Townsville too! 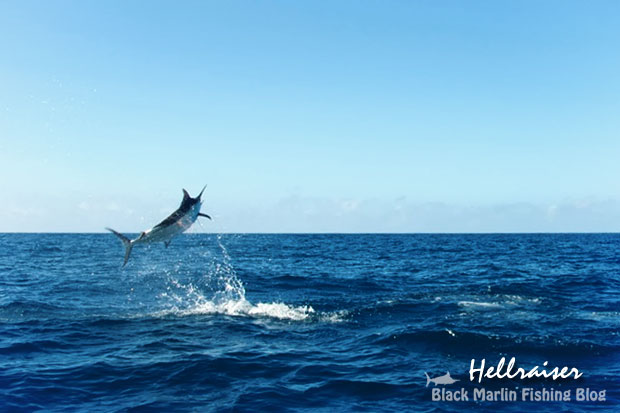 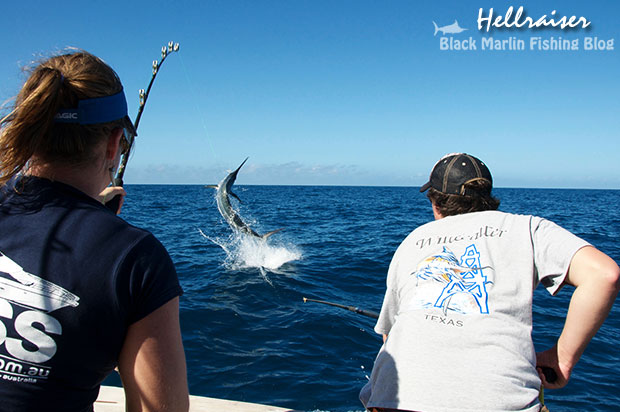 Angler Emily Griffen in action with Dean “Pup” Ford on the tag pole. 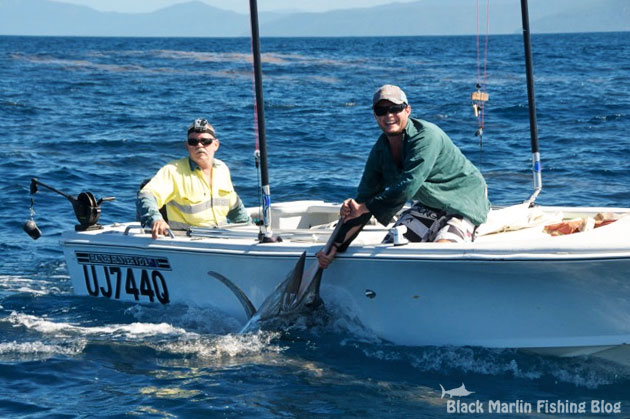 Little boat glory – Steve said these guys weren’t fishing the comp, but caught a nice one nearby that he put at about 150lbs.  The weather really was glassy! 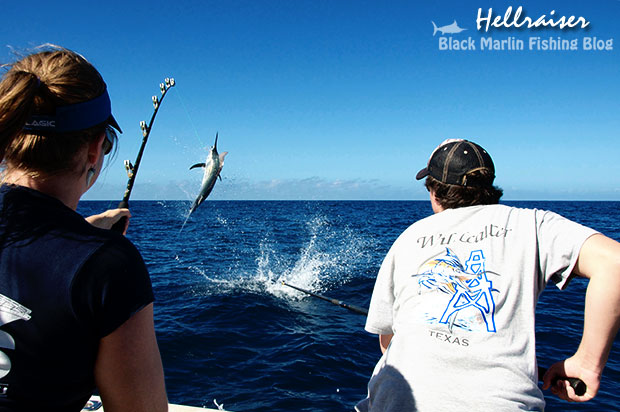 One more of Emily’s fish getting some serious air!

Townsville GFC Weigh-master Renee tells me that by her count, there were 22 tags counted on the weekend with some of the little blacks up to and around the 30kg mark, but most still at the 10kg size. And once again, there were some nice sails amongst them!