Finishing at The Bank

The Poulter family’s Think Big was one of a handful of boats fishing the Bank on Sunday. Paul tells me about  1 pm they had a bite from a little male fish that crash tackled the big bait, and despite his best efforts, couldn’t manage to swallow it. Then about two hours later on the same spot they found his girlfriend she had no problem swallowing the big bait and stayed connected and was tagged around 20 mins later. Paul said she was a really nice fish that he put at 800lb (photo) and was a first billfish for angler Ryan Calgano.  A great way to open his account and a great way for the Think Big team to end their heavy tackle season. 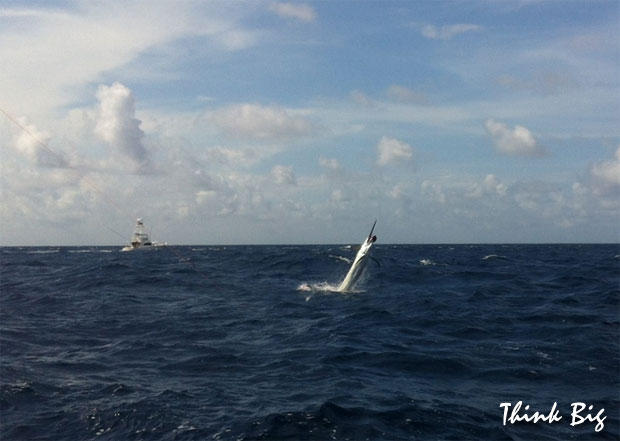