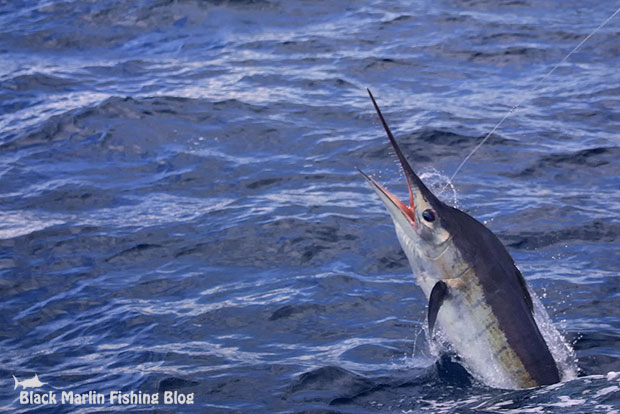 I had a quick catchup chat with Rod Findlay this morning who filled me in a little on the hot Sydney bite of the last week or so (thanks Rod!) as we’ve been busy with boat prep ourselves this week and so I’m playing catch up. (Would love to hear any reports you may have – if you’re not too busy fishing that is!)

Vic Levett’s Mojo has been in the thick of the action with Vic getting onto the fish last week while many boats where otherwise occupied at the Interclub. Converting one or two a day, he had a hot day fishing with a 6-6-6 on Sunday. Rod said he joined him on board on Tuesday for 4 from 7 and estimates they saw another 15 or so free feeders (all stripes in 35 to 60 fathoms), then slipped out solo in Murriweeni after work on Sunday for 1-1-1 on a 50kg stripe on 10kg line!

Back at Port, Capt. Scotty and team on Freedom have had Bonze Lures’ Bonze Fleet on board this week testing new products and have been getting into some fish.  They had a few blue marlin encounters out wide Tuesday, fished the blacks for 3 to 80kg on 8kg on Wednesday, with another black on 10 yesterday (and one for Rarely In fishing nearby). Scotty says there hasn’t been too many fishing off Port for the last few days with the conditions looking great inshore – clean water at 23/24 dgrees, lots of bait and birds. Offshore its still raging, 25degrees+ and current pushing hard to the south.

The Surfers Paradise GSFC’s All Tackle All Species tournament begins with the briefing and calcutta tonight. While the weather does not look ideal, hopefully they’ll get some fishing in. The tournament has both light and heavy tackle sections and while the big run of little black marlin seems to have slowed a little, the heavy tackle blues remain relatively consistent.  Capt. Jared Weir’s Shaka was among the boats on the water yesterday and had no luck on the light before heading out wider for the blues, releasing one that Jared put at 200lbs+ on the 50lb standup.

Good luck to all the teams competing!