We thought we had some relief from the weather yesterday and then a front came through which brought with it rain and some more wind and an ice cool breeze. But hopefully that is the end of the big blow now for a few days as the forecast has it coming down from today and we can’t wait!!

Update: Report from Capt. Russell Caporn on Kaizen via Wes on the deck. They are back in port on changeover. On the trip they caught 9 altogether with 5 of those Russell putting at over 900lbs and including one that he put over 1000. Guest Steve Dahl caught 1 of the fish over 950 while the deckies got in on the action with the big one for Roger Kuhnel and a 950 for Wes Jones.

At the bottom a report from Gold Coast tackle-man Raffi Manjikian who is on the big Maratimo Serendipity and has been fishing the Bank over the past few days.  Raffi says they got onto a couple of real nice fish during the trip including a 950+ for Ben Grootemaat and a fish they put at 1100lbs the next day fro Brad Benneett!

Up the top along Number 10 and heading north, Capt. Tim Richardson on Tradition saw 7 fish, had 4 bites and got a nice solid 900lb-er for angler Greg pictured above.  While Capt. Tom Francis’s Ultimate Lady was once again backing out to sea and fought a good fish for a couple of hours before chafing through the leader.  He was soon back on the edge though and hooked up to another nice one which they converted and had a few more bites.

Little Audrey finished up their trip yesterday with another good one to sign off that Capt. Daniel Carlson put at 700lbs (photo). That puts them at 14 in the 6 days of fishing ranging between 600-950lbs.  Such great fishing! 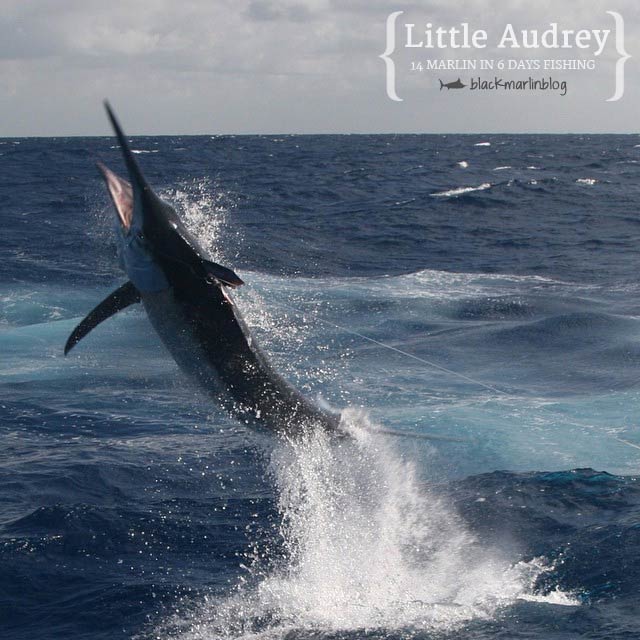