I’m having trouble with service again today (and obviously yesterday as well) so will put the report up sans pictures and links until I can get better connectivity! No doubt, more reports to be added as I get access to my email and messages.

Day 2 (Sunday) started of with the bank being kind to the fleet with not even the slightest hint of a wind for the day. The fleet was split with half starting at the top of the bank at Opal and the other half down the bottom of the Bank. Deks kicked off point scoring again with their second of the tournament just after 10am and then the day rolled on, with the change of the tide not delivering a bite. Think Big and Hammer called hookup around 2pm which both managed to convert. The tournament finished up with 7 tagged marlin with David Cordukes Bar Crasher Deks taking out the Calcutta, Hammer took out Runner Up trophy in the under 7.5. For the big boats Pequita took out the top spot followed closely by Think Big.

Thank you to Simon for the report!

Overall though, I think its been tough fishing off the Bank.

With the service possibly even worse than it has been all year, its been hard to stay in touch with what has been going on. I believe that the Bounty Hunter, Kanahoee and Iceman groups have all been getting amongst some fish and a few big ones amongst them as well. Will try and find out a bit more later today.

Update: Update on yesterday’s for the Marlin U via Capt. Bobby Jones – Bobby said they had a pretty hot bite for the three boats fishing together. Capt. Darren “Biggles” Haydon on Bounty Hunter went 4 from 7 to 700lbs while Capt. Haydon Bell’s Kanahoee went 2 from 3. Capt. Bobby Jones’ Iceman only converted the one, but Bobby said it was a real nice one!

The day before, Capt. Dean Beech’s Onsite headed out to Osprey Reef and surrounds but not before having a day on the edge releasing a mid-ranger. While again, Capt. Tom Francis’ Ultimate Lady was heading back to Cairns for changeover after another good day releasing three including another big one. And also on Sunday, Grant Thomson’s Cjig is heading south and released one at Jenny on the way through. Hopefully some more for them as the travel. 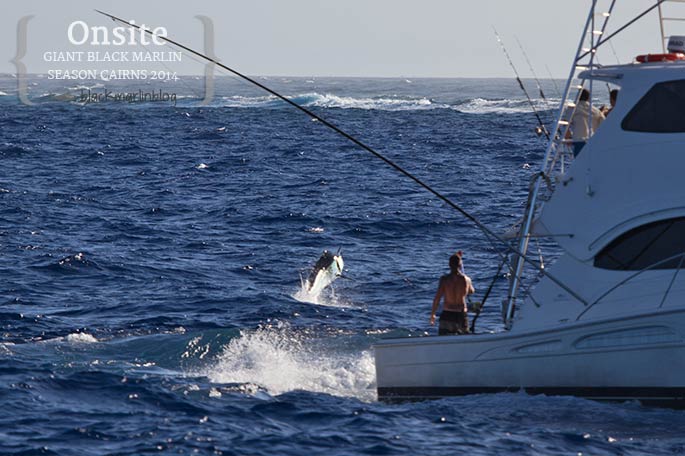 As for yesterday, on KEKOA we had a frustrating start to the day making one last hurrah and visit back to Number 10 Ribbon and missing 5 bites, including bites out of a couple of nice ones, before finally setting the hook in a solid fish to successfully release one about 900lbs for Rick that gave him a good fight (photo). 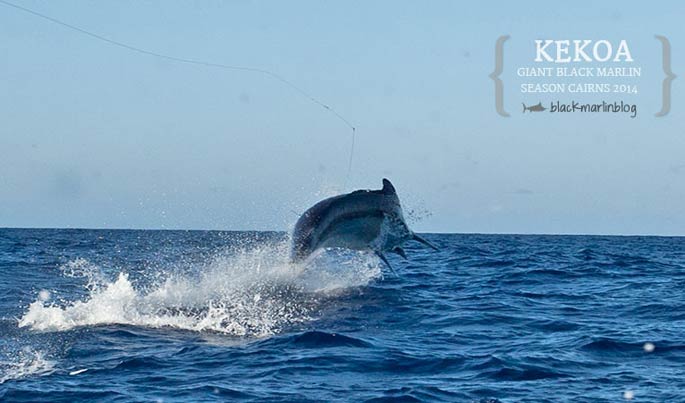