Some more great photos have come in from the Shootout from the Band of Brothers’ Team Simrad and Central Coast GFC’s Topaz:

And also a video from Topaz as well. Daniel Bryant tells me that it was a first marlin for angler Kirean on a great day with the team tagging 4 marlin (3 stripes and a blue) – the blue being Daniel’s first blue marlin!

The monthly newsletter also went out on Tuesday. You can read it or subscribe here.

Talk about following the progression of the little blacks down the coast – its been a great 7-8 month run so far. Lets see how much more there is in it! 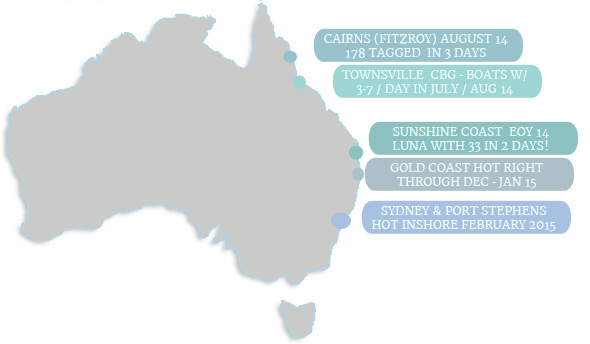