While the stripies may not have made their presence felt, the small black marlin (and sometimes not so small!) certainly put the contest into the Cabo Hatteras Billfish Shootout held out of Port Stephens over the weekend.

I got my crash course into point scoring for the event (thanks Daniel!) that saw the fleet split with boats in the T&R category mostly fishing inshore for the little blacks, and boats in the Capture category chasing the big fish jackpot (minimum weight 150kg) get out the heavy tackle gear and head wide.

Sydney GFC were very well represented in the results. On the Capture side, 5 marlin weighed with the largest going to Sydney GFC team on Loose Crew with a 191.8kg marlin on 37kg giving them the $12,500 prize money.

At the top of the T&R list was the team on Sydney GFC’s Hoodlum with 17 tags. (The top 10 placing T&R teams also took home some cash prizes.) Runners-Up went to another Sydney GFC team on board Casey who also took out the Champion Under 8m award.

The Sunshine Coast team on Game Plan scored a coup for the Queensland clubs sneaking into third place with 12 tags. This was great fishing for the boys on Daniel Smith’s 5.3m Cruise Craft who only arrived in Port a few days before (having trailer-ed the boat down from the Sunshine Coast). Conor tells me that they caught 6 each day and also hooked a random blue marlin in 38m of water on 20lb, lost after an hour’s fight and also hooked a big stripie in the same spot!  They tagged a total of 19 fish over the couple of days before and during the tournament (18 blacks and 1 blue). 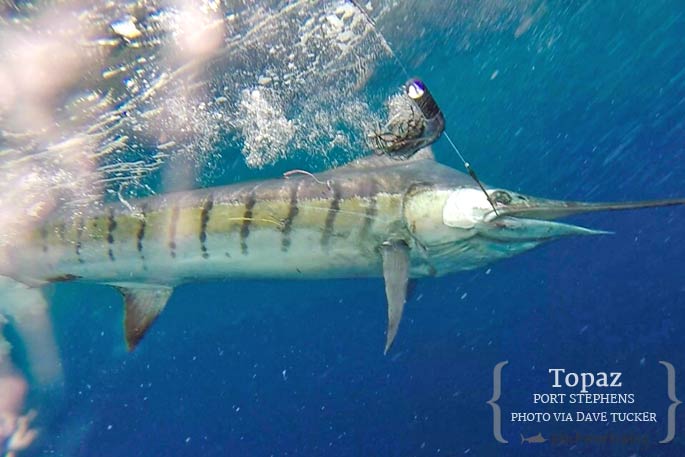 The ever consistent team on Central Coast GFC’s Freedom were fourth with 10 tags followed by NPS GFC teams Billistic, Kaos, Makajiki and Born Free, the latter coming from behind with 8 tags on the last day in some trying conditions (though the first day was glamour!)

And two teams from Sydney GFC again took out the final two placings with identical points on countback – Smartbill from Gale Force. On Gale Force Daniel tells me they likewise went the wrong way on Day 1, but came home strong on Day 2 with 7 tags.

Photos: David Finn who was fishing on board Kaos captured the awesome action shot of Gunrunner fishing nearby at top. And the underwater tag shot from Dave Tucker which was one of 3 stripe marlin tagged onboard Topaz from Central Coast GFC during the Shootout mid way down followed by another great Claire Jones action pic of Play Penn below. 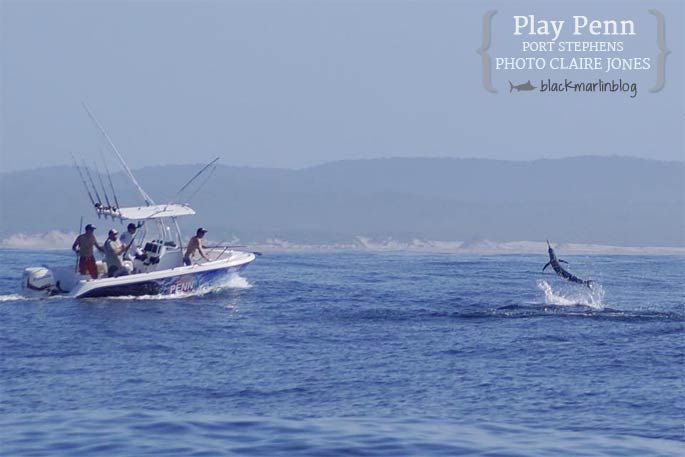 The official point scores are (read on for the full list):