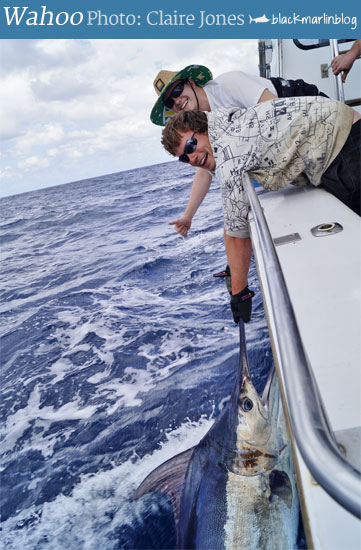 Report from Claire Jones that Sydney waters are on FIRE!

Claire tells me that almost every boat that fished over the weekend found marlin. She fished on board Wahoo Charters on Saturday for two, a stripe around 70kg and a blue around 150kg (photo of blue right).

Wahoo was following up on another great day earlier last week when they (Thursday) when they caught two more blues estimated at 230kg and 260kg.

Tantrum also got 2 blues (180kg and 130kg) and a hefty 140kg stripe on Monday in glamour conditions. 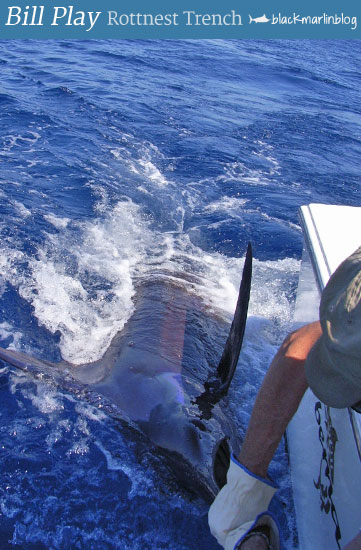 Another from over the weekend but from the south west: Alex Kaiko and Bryan Luecke out on the  Rottnest Trench on Sunday on Bryan’s boat Billplay to try and chase some dollies and marlin.

The FAD was a boat peak hour (though they were catching with jumping dollies visible) a bit crowded for their liking so decided to troll for marlin instead. And in perfect conditions they had only been trolling for about 30 mins when the short rigger went off like a cracker.

Alex says that he looked up to see a marlin jumping and stripping his 25kg outfit quickly bringing in the gear to chase it down before it spooled him and that even while they were chasing it, it was giving them a spectacular display in front of the boat.

Alex says that he found out later another boat was not so lucky being spooled on a blue before they got their gear in!