A reminder that nominations for the Telstra Business Centre Cairns Bluewater Billfish Tournament 19-22 August will close tomorrow. Presently there are 42 teams nominated.

Fishing last weekend Alan Craperi and his youngest son fished Bowling Green in his Key West for a 2-2-2, one black and one sail. Both fish were in the 10 to 15kg range. Kiran’s first billfish at 9 years old! Not a bad way to start your career!

Photo from the video still above.

Not to be outdone by their own recent fishing, Blue Lightening Charters released another 4 black marlin on the most recent day out on Reely Black – photo below. 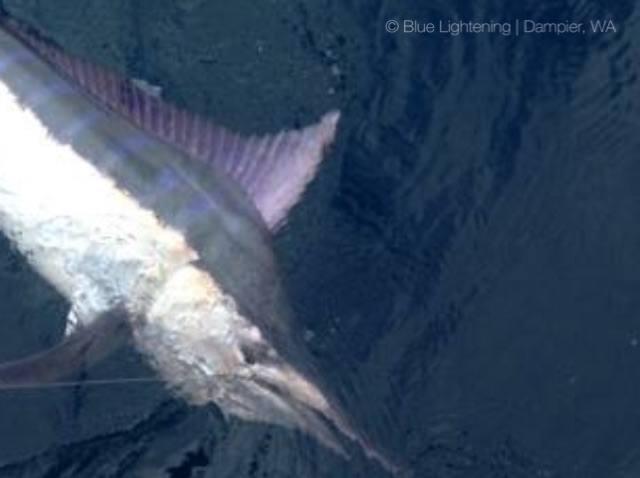 Thank you to the club for the results.