An awesome photo from Claire Jones from the weekend’s Sydney GFC’s Mako comp taken from on board Avalon.

Things are starting to warm up in north coast of NSW. With loads of bait north of Coffs and the current already pushing down at 1.2 kts, it’s no wonder Camo and the boys on Dean Hoye’s boat Haulin from Central Coast Game Fishing Club caught this nice mahi mahi on the shelf off Forster. With bait starting to stack up early it won’t be long before a few marlin show up as well. 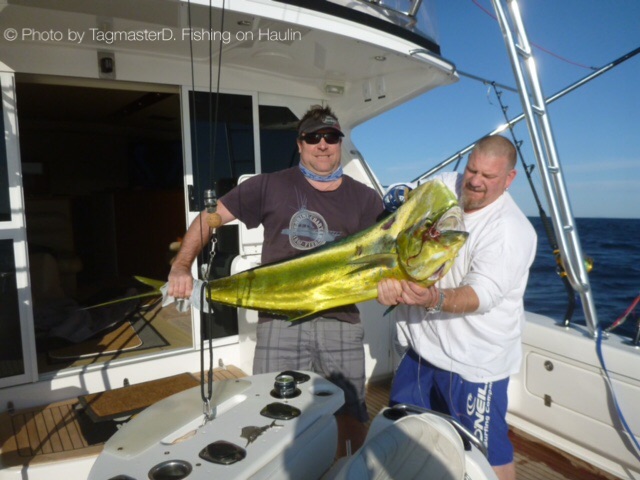 Mark Parkinson’s Black Label hit the water this week for its start of the light tackle black marlin season in its new permanent home of Cairns. Mark reports that although the fishing was a little slow, there were some nice bait schools around. They ended up going 3-2-1 for Shane’s first marlin.