Some more beautiful photos from Al McGlashan, this time from his recent trip to Ascension Island. Al says they raised a 100kg plus yellowfin daily. While they spent most the time cubing or chunking them up to film for the new series, Sondal and Jamie spent the whole time casting, landing 3 over 100kg with the best going 112kg on a popper.

Alternately the spearos nailed fish up to 115kg and the boys on the Harmattan trolled up one at 134kg which they tried to release but died after being deep hooked on a lure.

Instead of catching them Al just kept jumping in and filming them including one fish that was in the 130-140kg range. Every day they had the tuna at the boat in twenty minutes.

Interestingly there were literally no billfish mahi and only the odd wahoo!

Al’s new series will go to air at 5.30pm every Saturday starting in October on 7Mate!

Heading from Port Douglas to Fitzroy Island yesterday in the calm weather for the start of the tournament (fishing from tomorrow), Capt. Brett Goetze’s Amokura released this guy for 11 year old Mathew Sandy. Congrats Matthew! 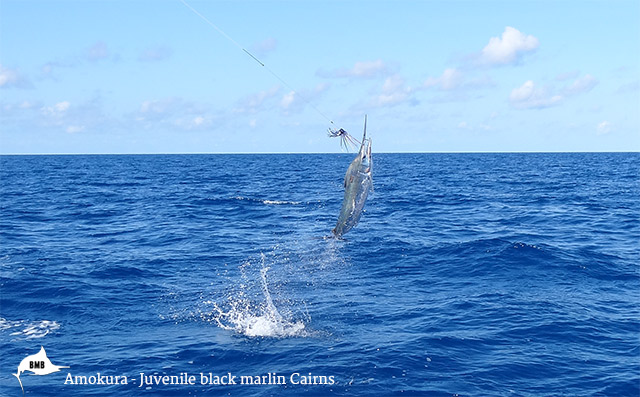