Big marlin on the GBR

While overall its safe to say that the fishing in the last several days has gone ‘off the boil’ there are certainly big fish still being caught daily and some boats are doing very well.

We are less than one week out now from the start of the Lizard Island Black Marlin Classic which returns to the ‘Rock’ after a year away – being hosted out of Cooktown in 2014 due to renovations required from cyclone damage. Word is there has been some renovations done also to the Marlin Bar at the Barn, so we look forward to gathering there on Saturday night for the briefing. 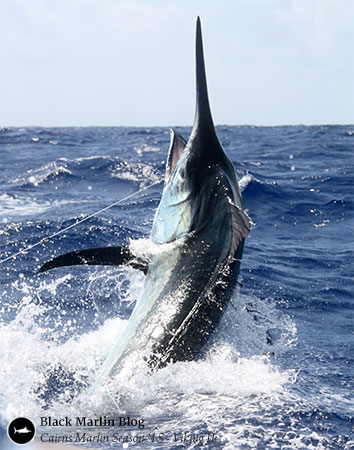 Capt. Billy Billson’s Viking II continued their run of great fishing yesterday recording their second fish at 999lbs for the season. The angler was Graham Mitchell, son of legendary pioneer angler Basil Mitchell. They also released a smaller one and are hoping to catch their 30th fish for season today.

Also among those on the hot fishing, Capt. Steve Ahler’s Hellraiser recording a three from four including this nice one at top. Steve says that while they went 4-0 on the first day, they made up for it with the 3-4 on the second day , both losing and catching some really nice fish.

Capt. Casey Dent’s Zulu is also reporting a 4-3-2 yesterday including a fish that he put at over the mark yesterday and a 2-1-1 the day before.  More details to come I’m sure as they get better phone/internet reception away from the black hole that is the top of Number 10.

Ben “Notso” Bright is also spending some time on deck over the coming weeks on board the “tender to” the Hemisphere. They recording a two from two on smaller fish on Sunday.  The Hemisphere certainly is in the “Super Yacht” variety and we look forward to seeing her in the bay at Lizard. Check her out here.