Lots of bit(es) and pieces from all over today:

And wow, the stripes really have arrived! Capt. Scotty Thorrington’s Freedom notched up their 130th fish of the season (a new season record for the team) with 6 from 9 at the Carpark yesterday.

After the full mixed bag of the season, starting with blacks, then blues, how great is it the stripes are here now?!!

Chloe (She-Fishes) and Tom Lawrence have been having an awesome season as well in their little boat, mixing with the big fleet. Up off Port in the Carpark on Sunday they converted 2 from 5 – a solid black and a blue (photo above).

Jesse Hill gave me a quick recap of recent fishing fresh off his win on the weekend at the Blue Marlin Bash on his boat Reel Teaser which they ended up winning overall with 2 blues ahead of Mufasa and Oceaneer on 1 blue each.

Jesse says that over the last 2 weeks (school holidays, fished 10 days heavy tackle) he has tagged 8 blues and a black from about 18 bites being unlucky on a few (blue bites were super lazy).

Not a bad effort is his 5.5 Galeforce this season! 2 comps and 2 wins and have tagged 22 blues so far this season! 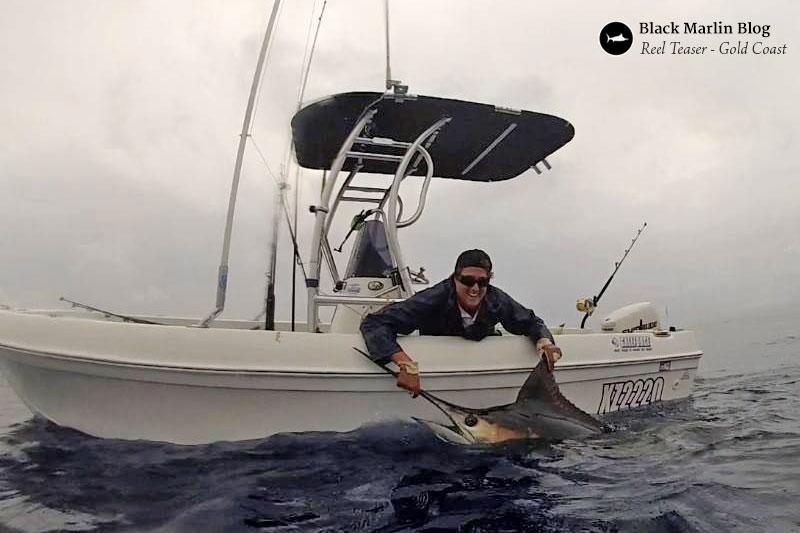