Richie Abela has kindly given me an update on his incredible week and Victoria’s daytime swords!

“We started by heading up the coast to Mallacoota when some nice water pushed down hoping to snag a couple Victorian marlin but took the swordfish gear with us as a back up plan.

It was Friday the 8th when we decided to give the swordfish a go after trolling all day for zeros.

At 3pm the first bait hit the bottom in 500m and within a minute we were hooked up to a nice sword that later weighed 135 kg . The following day we backed it up with another 2 swords that went 65 and 70 kg which at the time was a first multiple capture on swords by a recreational boat.

We returned on Tuesday the 19th to film an episode of Lee Raynors show Fishing Edge and on the 20th were successful in capturing a 129 kg sword which was filmed for TV and a first for Victoria and mainland Australia.

Glanville Heydenrych’s Mufasa got into the fish yesterday just as Glanville predicted with a 5-4-4 blue marlin switching. Glanville said they got some more great footage with one particular fish coming up so hot it smashed the bait then turned around and crash tackled the other teaser. They also managed to get one on a jigging setup too for something different. Another great day on the water! 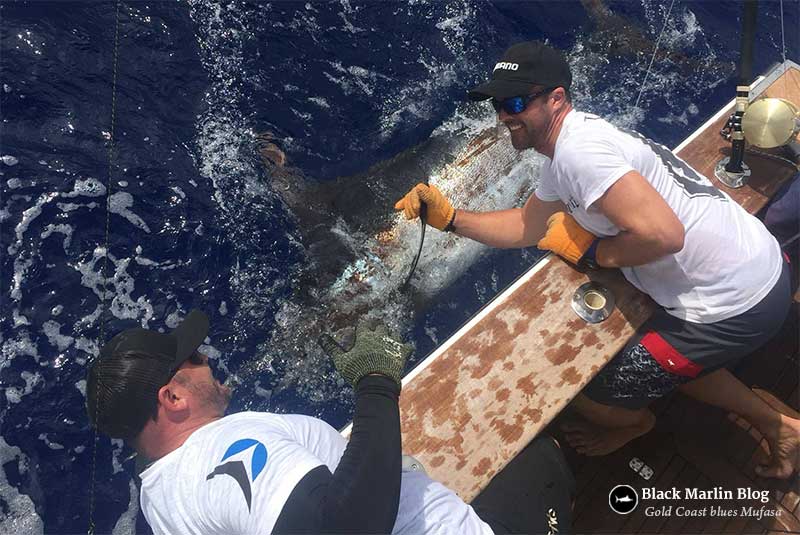