The first was from the crew of the Shockwave with  Brian Schofield at the wheel of the and Tegan Lucardie on the rod who managed to boat two Broadbill swordfish on the NSW south coast over the weekend.

The second was back on the Gold Coast on board Glanville Heydenrych’s Mufasa Sport Fishing. They headed out yesterday with the goal of a blue marlin on fly for angler Owen Schulties who has been dreaming about catching a blue on fly for a while. With the good forecast and a few fish around they put the operation into action yesterday. After only 20mins with the teasers in the water and they had him hooked up. The perfect tease and the fish just smashed the fly like it was the last morsel of food left in the ocean. It went on to put on some crazy jumps for the team at the transom before tearing away into the sunrise. Great fish and great day with the fish going 127.2kg on the scales, not bad for a first ever blue marlin and it was on a fly!!! 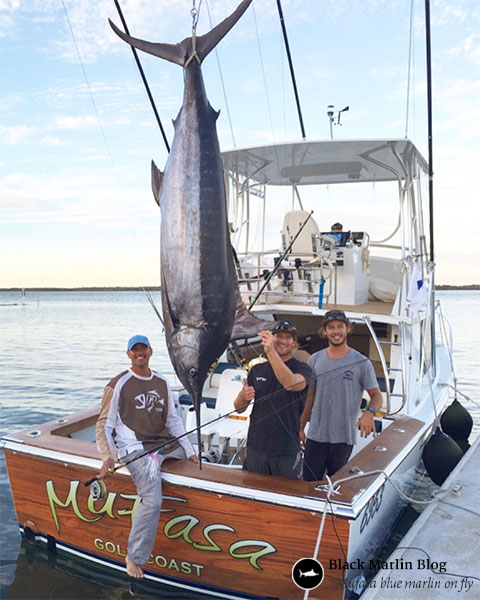