More fish are making themselves known yesterday in the leadup to the Lizard Island Tournament Sunday.  Capt. Tim Richardson’s Tradition went one from two yesterday while Capt. Timmy Dean’s Calypso also added another 1. I should add that Tim’s blue from Tuesday was another solid number that he put at 600lbs up the top.

With big thanks to Nicky for sending!

The 6th annual Weipa Billfish Tournament (1-3 Oct 2016) has been run and won, albeit with a few boats missing due to work commitments and the 50th anniversary. 12 boats left from a shotgun start to variable 10 knot conditions with high hopes, after the fish finally showed up in the week leading up to the tournament. Unfortunately the fish didn’t play and Day 1 ended with only 2 tags, the first to Andrea Kennedy on STRIPER and the other to GAME CHANGER with Weipa Billfish President Duane Singleton at the helm.

After Saturday night’s festivities, the 8 boats that had rafted up down the coast joined the rest of the fleet on Sunday spreading far and wide, and with a few early tags throughout the field it proved to be the boats heading south that hit the jackpot. Darren Lee’s TAG TEAM with David Cordukes and Nicky Perriman tagged 19 sails with Duane and Linda Jay on GET N ANY ending the day with 10 tags, both boats opening up a sizeable lead over the rest of the field.

Day 3 saw TAG TEAM and GET N ANY with a lot more company, and with bites coming thick and fast, the majority of boats hooked fish. The lead boats also both added to their tallies until GET N ANY hooked the fish no-one wants in a tournament, making the decision to break the big black off after 3 hours upon discovering it to be tail wrapped and not showing signs of giving up any time soon (hard luck Linda and Duane).

This left a clear run to the line for TAG TEAM who finished with figures of 33-28-26 for the weekend. Another great comp in a fishery that only gets better and better, no less than 3 anglers caught their first billfish, including junior angler Daniel Griffin on FITCAT, for a total of 54 tags. 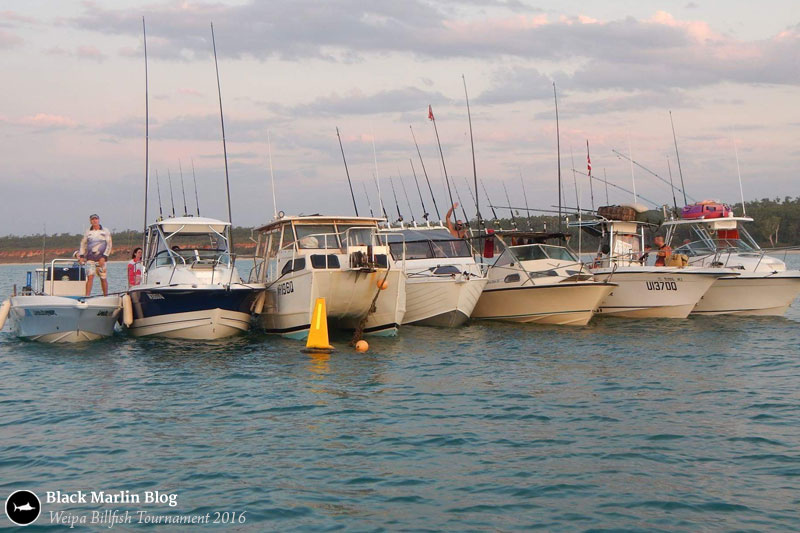