The fishing continues off Cairns and while not red hot, big fish making their appearance for the happy crews. Yesterday Capt. Tim Dean’s Calypso were the big fish grinners with a fish that Tim put at 950lbs for Tim from Oregon after a 1 hour+ fight!

Rod Hawkin’s C’mon Aussie is departing Cairns having enjoyed another season privateering on the reef. Rod put together some stats from his trip which are: 34 days for 29 marlin (28 blacks and 1 blue) including 3 over 800lbs.  Anglers friends and family including Corey Hawkins accounted for 2 blacks, 1 blue; Fabian Wormsley, 3 blacks including a first marlin for him, first marlin for Wombat Klepzig and Pyke-Nott family and that leaves about 21 for Rod! 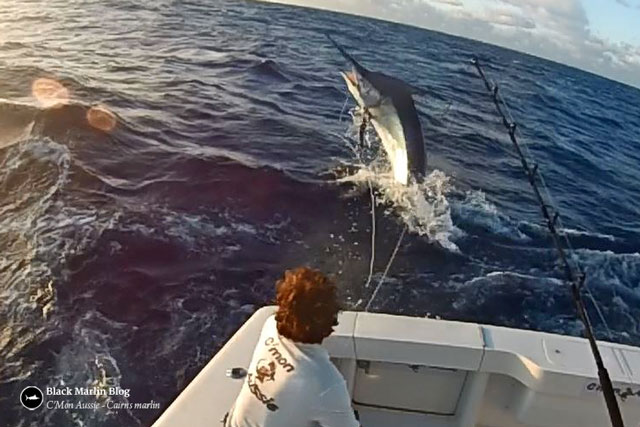 Congrats to all the teams competing on what sounds like another fun weekend on the water!  Thank you to Jamie for the results!