34 boats fished what became a one day comp with Saturday fishing cancelled due to poor weather.

And although the conditions were fairly average for the first half of the day Sunday, there were 7 marlin tagged with lots more seen and 2 mahi mahi tagged also.

Jugs tagged a blue early to run away with a swag of prizes (pic at top – thanks Casey!) but not before having to endure a nailbiting rest of the day!

Outside the comp, Capt. Craig “Sparra” Denham on Hot Shot is still picing away with a 1 for 1 Sunday and 1 for 0 yesterday.  Likewise Capt. Glanville Heydenrych on Mufasa also released 1 over the weekend. Glanville says its still just one bite a day there at the moment though the water looks good and he’s sure they are going to turn on anyday now! 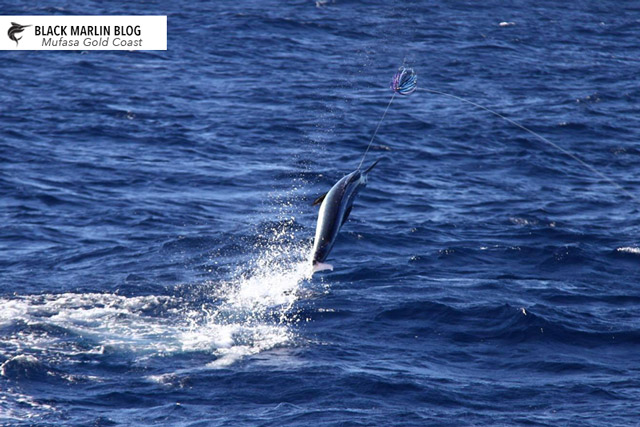