By all reports there are more stripies around than SBT around Sydney at the moment. Not a bad compromise though if you ask me!

Scott Lee fished out of Batemans Bay on the Salt Shaker Sunday and after spending the morning snapper fishing for no joy headed out to the edge knowing that there was some 20 degree water and that a few marlin had been caught as tuna bycatch in previous weeks.

Scott says they got to the edge at 1pm, found bait straight away and it didn’t take long before they were on to a double header on striped marlin. While they pulled the hook on one, the other was boated 15 mins later, which was the anglers first fish. Scott says they marked plenty of bait and a few more marlin over the next 2 hours but couldn’t get another bite. The current was trickling to the south.

More winter stripes in SEQ with Sunny Coast GFC Clubbies on Jay Graham’s Chaos going 5-3-3 with 2 stripes and bonus 450 black on Sunday. Jay says they fished Friday as well and missed a stripe that wouldn’t switch before releasing a 400lb blue for Dale Penhall.  Yesterdays strips were for Dee Cox (pictured) as well as for brother Tim Graham. Jay says Tim got the 17 year monkey off his back with that stripe which he switched and caught on 30lb.  Dale was angler again for the black which was a nice size and surprise (pic)!  (Photos by Dale and Dee respectively below). 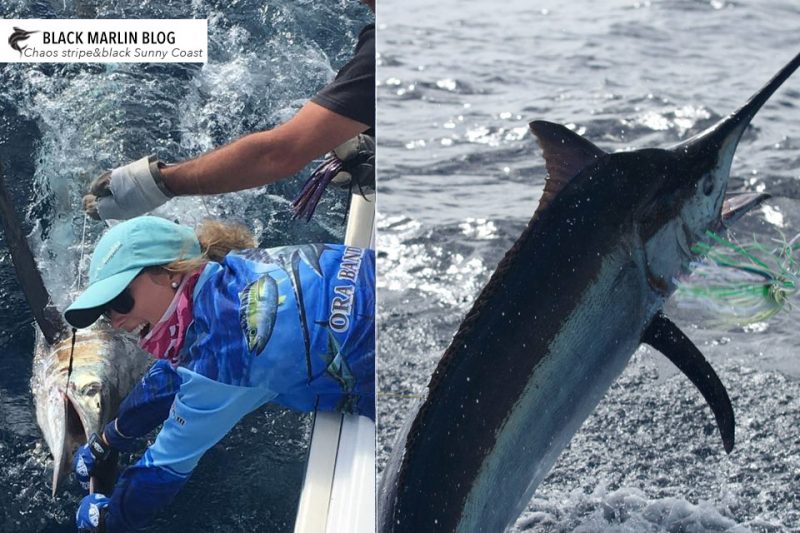 While the weather was less than agreeable (especially for a trailerboat) Rhys Moore braved it Saturday in his boat Great Northern for a short 4hr day for a 1-1-1 black marlin off Fitzroy.  Seems like the weather forecast got it wrong and Sunday was the day though not much hope for the smaller boats again with the forecast for the next week. Update: Top Shot with Capt. Ross Finlayson went 1 from 3 today and some mackerel!

Better weather and good fishing for Ingham Rod & Reel Club’s Lucinda Light Tackle tournament over the weekend with the winning boat tagging 6. Report from the club is on its way! 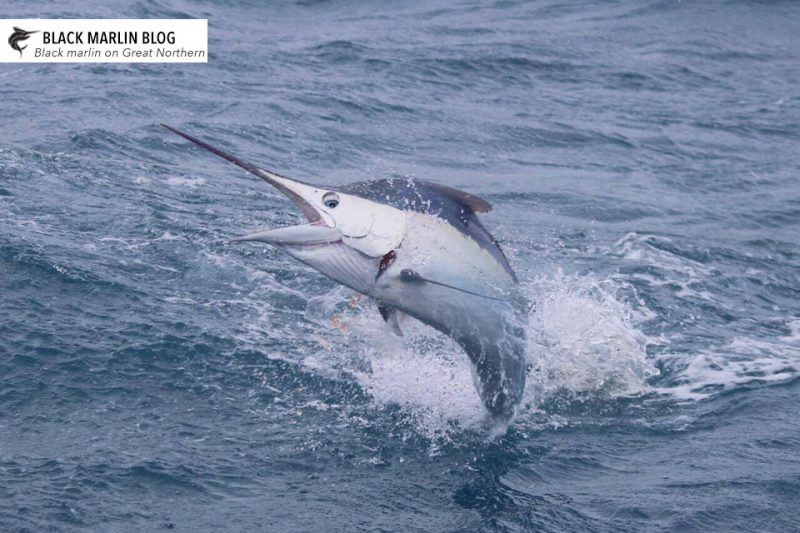