Exmouth has been on fire over the past couple of weeks though Capt. Eddy Lawler’s team on Peak Sport Fishing encountered a quieter spell this week. They broke it in style on their final day of the trip releasing a 200lb black as well as a double header of sails.  The trip the day before (Tuesday) they went 4-4-4 (3 blacks and a stripe) all on the pitch as well as 9 yellowfin in 10-15kg range.  Last weekend fly angler Aaron Rampling weighed a pending Australian Record black Marlin on 6kg tippet which weighed in at 25.3kg with fight time of 4 mins! The best day the week before was 5 from 5 on blacks.

It’s a great time to be fishing Exmouth and as Eddy says the guys are flat chat at the moment so its hard to keep up – but keep your eye on Exmouth!

Paul and Sharon Poulter hit the Fitzroy grounds on Sunday and tell me the water looked great and the bait schools were there.  They released another 5 from 8 adding to their growing season tally in the leadup to the Cairns BlueWater comp out of Fitzroy Island later in August. This weekend is the Innisfail comp followed in 2 weeks time by Townsville. See the tournament calendar for more details! 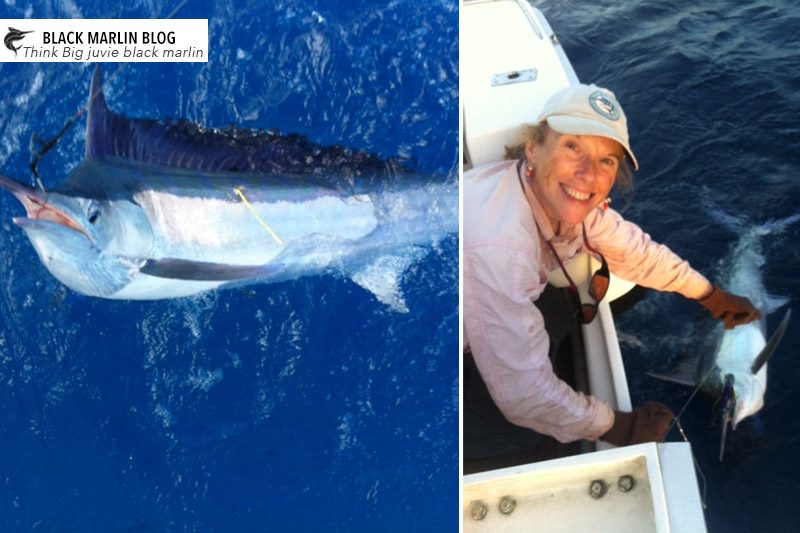 More stripes around in SEQ with Sunshine Coast GFC clubbies taking advantage of some great weather this week. Photo below of Kourtney and Alex Fenwick with a stripe for Kourtney on their boat Never Home yesterday.  On Friday David “Tagpole” McMaster’s Pole Dancer also released a stripe in a 1 from 3. 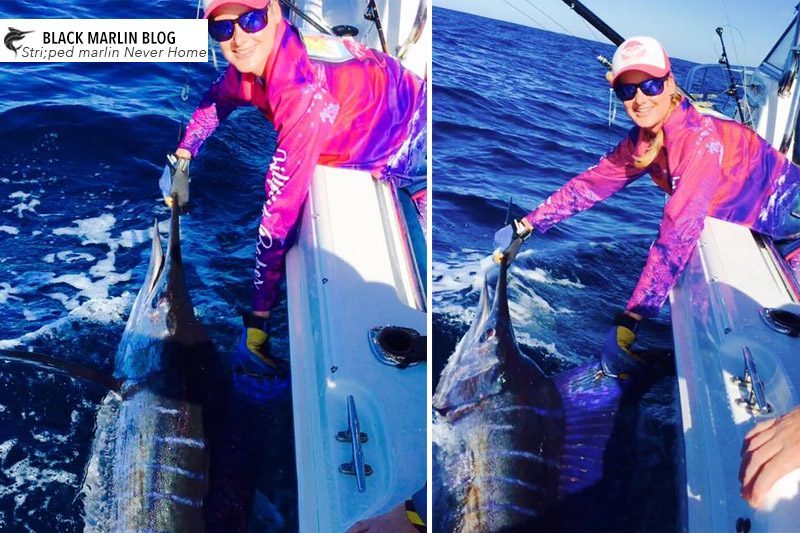