It’s hard to top that drone footage from yesterday but I will give it a try with the catch up fishing reports. (Internet is still lousy up here in the north but I got a few messages through on the past couple of days).

Capt. Corey Hard’s Askari is smashing it out of the ballpark.  They are three days down of their big 30 day Dreamin’ On tour and Corey has recorded 5 from 6 on the first day, 6 from 8 on the second day and 2 from 4 yesterday the third.

Corey said the biggest fish was around 700 (I think that’s the one I got the shot of at top – Jay “Junior” Househam on the leader) and have also had a couple of mid ranges with the rest between 300 and 400.

Capt. Ross Finlayson on Top Shot was Captain midnight yesterday hooking a big fish at 5:30 and fighting to 7:30 for the successful release of another big one he put at 950bls.

Capt. Tim Richardson’s Tradition released one he put at 800lb yesterday after a quieter day before for Brett “Changa” Chain in the chair. Tim marked her off a pod of fish.

While on Capt. Luke Fallon’s KEKOA we’ve been steady steady with two fish yesterday following up from another two the day before (photo).

Plenty of fish around with boats all along the reef talking about how many they’d seen and ‘following’ yesterday but not biting that well. But with this number of fish here, its just a matter of time! 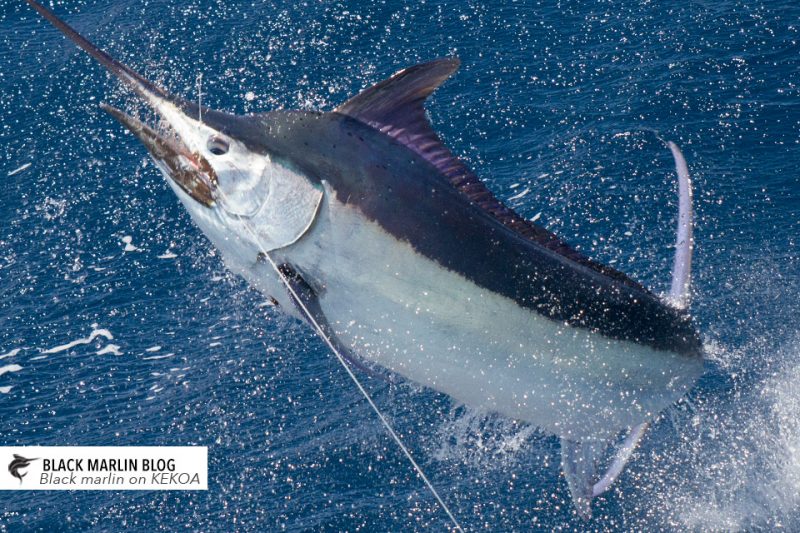 Tomo Dale sent me the pics below of young Jackson from Bribie Island GFC who tagged and released his first blue marlin ever on board club boat Too Easy off Cape Moreton.  Well done Jackson! The first o 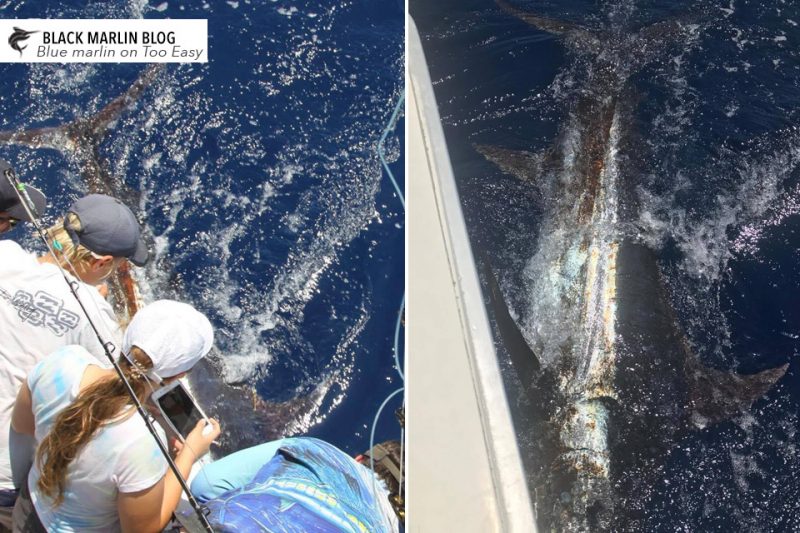