I’m having great difficulty getting on the internet right now – but hopefully the full report has made it up!

Capt. Tim Richardson Tradition reports a fish that he put at well over 1000lbs.  Tim says it was 2 from 3 for Peter from Canada. First up a fun 150lb-er, and then a massive blue tube bite on the shotgun with a giant hole. The fish did one big jump way out back completely out of the water like a missile!! A pretty short fight and some jumps on the leader, a really well proportioned fish he called easily 1100lbs.

An hour later just above the boats Tim said they got climbed on by an even bigger fish doing the same bow wave trick that Capt. Kleiny saw a few days ago. She made 3 passes at the bait each time pushing the bait away from her mouth Amazing sight from the tower!

Speaking of Capt. Kleiny, Capt. Daniel Klein’s Onsite also enjoying big fish with one that he put at 950lbs on Monday and following up with two more smaller fish yesterday at 400 and 200lbs.

Capt. Corey Hard on Askari tells me that just when you think it couldn’t get any better it does. They have recorded another 15 from 19 over the last 3 days fishing (previously 13 in 3 days, 14 in 4 days!) With some wild mid rangers and crazy 200 to 300 pounders he says it’s been hectic on board. And there is never a dull moment with the crew having a Hawaiian night last night on board mothership Emerald Lady.  Good times ~ Aloha!

Capt. Tim Craig “Sparra” Denham’s Hot Shot went 2 from 5 including a fish Sparra put at 700lbs. Capt. Tim Dean’s Calypso also caught two from two as did we on Capt. Luke Fallon’s KEKOA at 400 and 350lbs for Mat and Richard on our first day of the new trip!

Capt. Ross Finlayson on Top Shot has Stephenie Osgood Choate back on board chasing the 30lb record.  Stephenie fought a fish yesterday estimated at 800lbs for 3.5 hours yesterday before unfortunately losing the fish.

This season PHGFC has Dog House (Viking 56) representing the club at Lizard Island and fishing for a few weeks after the tournament too, its being skippered by Capt Scott Thorrington. The crew have just opened their account on the first day of fishing the reef with a 300lb black marlin for Jon Priddle (Owner) enroute to Cooktown. 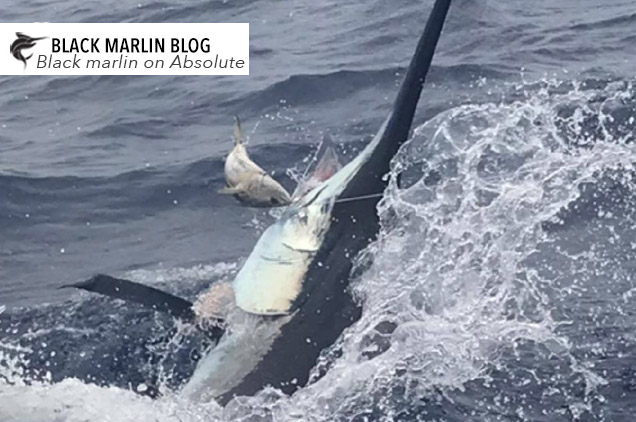 Capt. Eddy Lawler’s Peak Sport Fishing on fire also in the west. Monday saw Kurt Wilson and Kelsie Koontz fishing with some amazing blue marlin action going 7-7-6 for the day. They followed up again yesterday with new guests on board also able to take advantage of the bite with Graeme, Frank, Jarrod & Brendon from Geelong going 6-6-5 (4 pitched, 1 on lures). They also got the bite out of a black marlin on the way out. 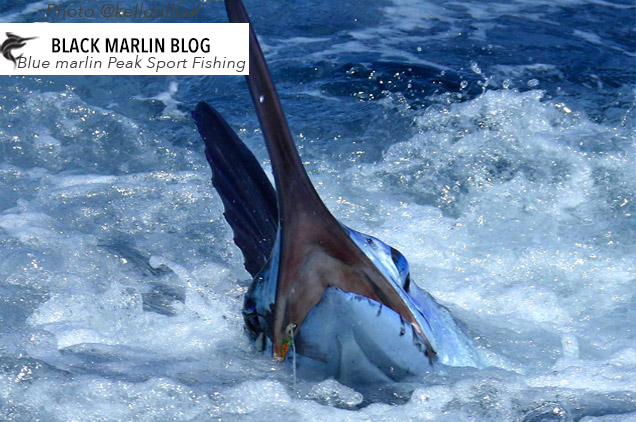