Catch up report from Tony Carpenter on Capt. Steve Ahlers Hellraiser who tells me that they have had a couple slow days and some messy feeders but came up trumps yesterday and made the right one count with a really nice one for Simon Atkinson right on lines in.

Tony said he was pushed for light but managed a couple of great pictures above and below.

Catch up report from Capt. Adam Jordan’s Iona II who have had more good fishing as well as some bad luck. They went 1 from 5 on Tuesday with a 600lb-er jumping over the line and breaking off. Wednesday they enjoyed a lay day in Lizard Island.  And yesterday they went 2 from 3 at 300lbs as well as a big girl that Adam put at 1000lbs For Richard Earp from Earp Brothers Tiles in Newcastle.  Adam reports it was a great effort with a 17min fight – Richard was stoked and the fish was safely released.

Capt. Craig “Sparra” Denhim’s Hot Shot did good on the conversions with 3 from 3 small fish in the rain yesteray.

While on Capt. Luke Fallon’s KEKOA we went 1 from 2 and had a bit of a visual spectacle from pilot whales jumping and stalking our baits. 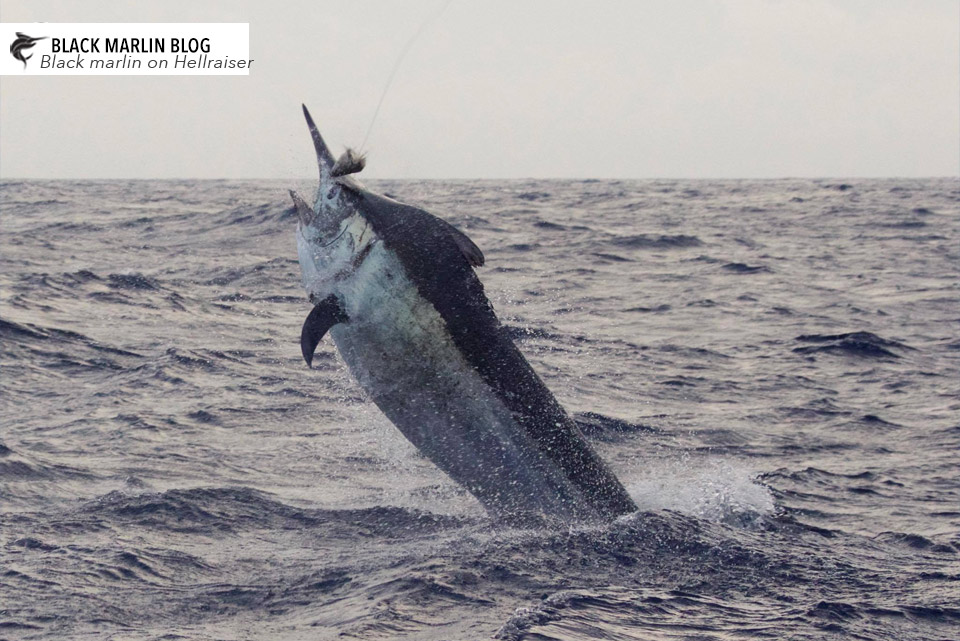