The fishing continues to be hot hot hot with Capt. Brett Alty’s Mistress leading the charge yesterday with an 8-7-7 blue marlin which followed on from 3 the day before and Friday marks their 111th fish at Fraser this season! Incredible fishing!

On Capt. Luke Fallon’s KEKOA we caught 5 (4 blues and a black) including a successful double header of blues for Scotty and Glen on the rods. We also raised a couple of more fish that didn’t bite.

Capt. Simon Carosi is on the wheel Toompani again and caught 3 yesterday and 4 the day before and have one more hit out today before heading in to port.

Game & Leisure Boats’ Graham McCloy on Caboom caught a blue as well as a big black he estimated at about 900lbs.

Aurora also caught 2 and Sea Baby IV caught 3. Pete on Bluewater caught 2 (blue and a stripe) and Distraction caught 1 from 3.

There’s a good little group of game boats fishing Fraser at the moment with about 10 of us on anchor at the Lighthouse. 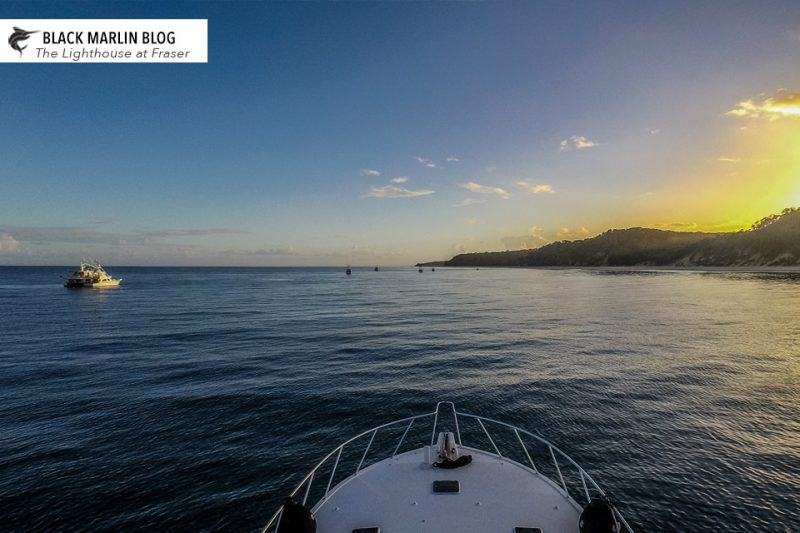 Teams had to deal with some pretty unfriendly conditions over the weekend and two days of MGFC 2017 Garmin Billfish Bash competition fishing. Club Captain Jamie Behrens tells me it was tough conditions and they also had a sprinkling of micro blacks come through which were hard to hook.