Daniel Barker set out to tick off a solo marlin on Raising Havoc yesterday and notched up his first and second! Dan said it was a late start and thought he was onto a winner straight up with a horse dolphin fish behind the teaser.  But it wasn’t long before he recorded 3-3-2 blacks on the switch.  Dan said he only dropped the 3rd because it jumped into his teaser before he could clear it and snapped off.

Running out of live bait he put hooks out and raised another couple that wouldn’t switch as well as 2 wahoo.  Great last minute trip and he managed a few photos in there as well!

Also fishing solo yesterday out of Newcastle and fishing the Carpark off Port Stephens, Andrew Thompson in his boat Get It On for two striped marlin in the 80kg range.  Andrew reports good bait starting to hold now with more consistent current and temperature pushing down the shelf off Port Stephens.  He fished the bait getting the tag in the first one and a few photos during the fight.  Andrew says its shaping up nicely for the upcoming tournaments! 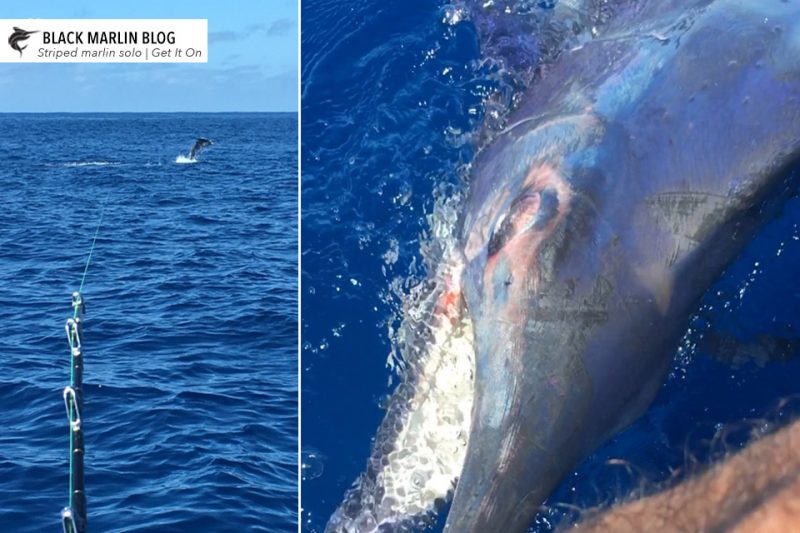