Updated 20 Feb: And a quick report from PNG from Saltaire’s Capt. Damian Collette.

Damian tells me that Muddy’s Memorial Billfish Tournament was held over the weekend. They had 11 boats fishing the tournament resulting in 21 strikes, 17 hookups and 7 marlin recorded (2 boated as well as 5 tagged). Ray Seeto released the blue below that didn’t have a bill! 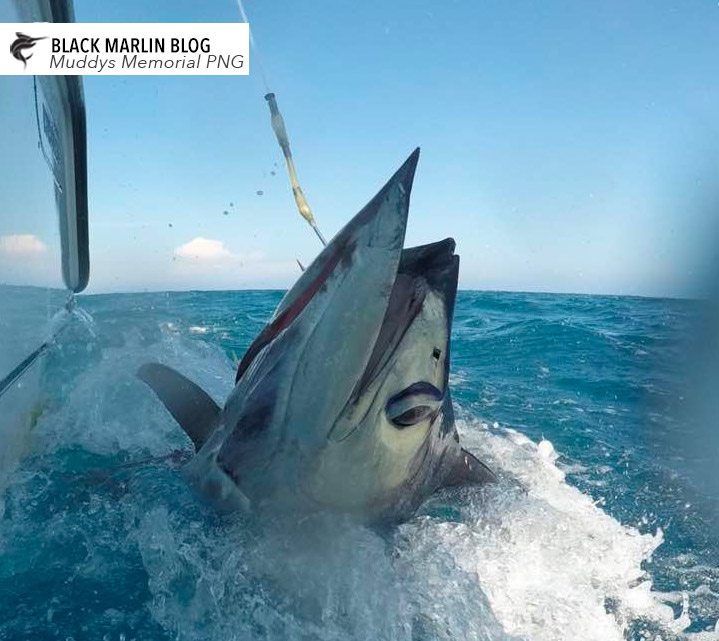 Previously: Two big tournament reports today with some of the tournament fleet at both the Sunshine Coast Classic and Garmin Billfish Shootout experiencing some really world class fishing!

Starting at the top (north):

If there were any concerns with how postponing the event (due to weather the original weekend) would affect the fishing, they were allayed from the outset.

Thanks to Brent for the final results which are: Overall 57 point scoring fish were recorded over the two days of fishing made up of 48 black marlin 2 striped marlin, 1 sailfish, 3 wahoo and 3 dolphin fish.

The Champion Team Overall  trophy went to the team on Reel Capture who tagged 13 blacks and 1 sail fishing light tackle (switch baiting!). Channon Arbuthnot who with 10 tags to his own credit has scored a new record for a single angler at the Classic and took out Champion Angler Overall and Champion Angler Light Tackle.

Sicario were Overall Runner Up with 1 stripe and 1 black to Brett Barton who was also Champion HT angler and Runner Up Angler Overall.

Champion Boat Under 7m went to Preposterous with the Runner Up <7 AThrill.  Champion Angler Other Species was Ryan Parr.

With heavy tackle point scoring 3:1 light tackle, the junior division was hotly contested! Bryce Bartleson took out the Champion Junior with his striped marlin on Reel Action from Ben Massurit who was Runner Up Junior with 3 black marlin light tackle on AThrill. 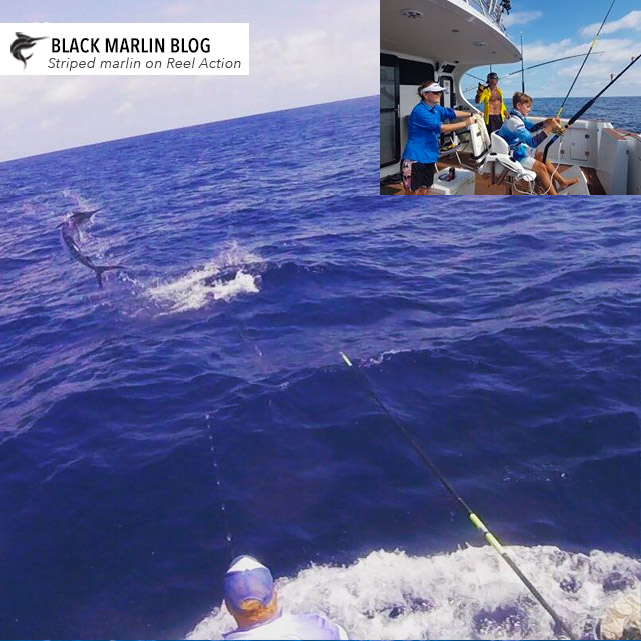 Outside the comp: Club boats also enjoyed some good fishing on Saturday. On Raising Havoc Marlise Barker tried her hand at switch baiting for the first time for 4 blacks and Kourtney Fenwick on Never Home also recording 3 from 8. The blacks are still biting on the Gold Coast as well with Capt. Craig “Sparra” Denham’s Hot Shot recording 3 from 3 yesterday (photos at top).

Wow what a finish and some great fishing over the two days!  Before the over results, some of the significant catches and stats.  The team on Port Hacking’s The Rabbit wowed on day 1 with 8 tags being 6 blues, 2 stripes and a black converting the daily Grand Slam in the last hour of fishing!  They added another 4 tags (3 blues and a stripe) on day 2 for a total of 13 tags in the two days.  But they were pipped at the post by the team on NPSGFC’s Billistic who won with 9 black marlin tags (points) all caught on the first day of fishing!  Would have been a very nervous day 2!!

And following up from their 3 tags on day 1, the team lead by Capt. Daniel Klein on Cookie enjoyed some truly world class fishing with 8 from 8 blue marlin yesterday. While one was released sans tag they also tagged a spear to put them on 11 tags for the comp.

On the capture side, Capt. Tim Dean’s Calypso narrowly missed out on the 100k cash bonus for blue marlin over 236kg with their 231kg blue to angler Adam Hoey on Day 1 which was still enough to give them the Heaviest Blue Marlin prize. Victory 2 also weighed a 375kg tiger shark to take out the shark award.

The club has done an awesome job keeping the scores up-to-date. Final stats (huge thank you to Nigel for these!) 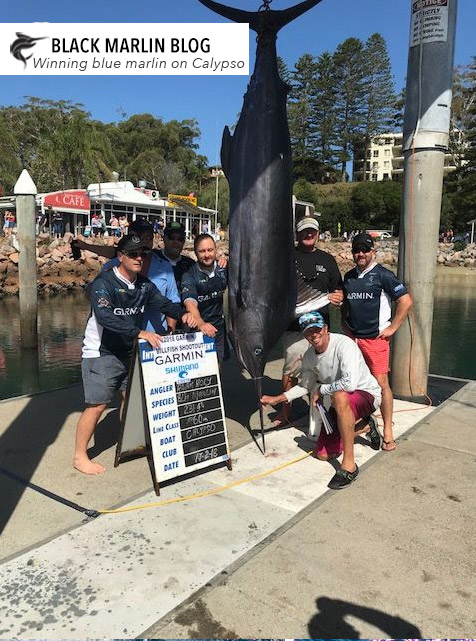 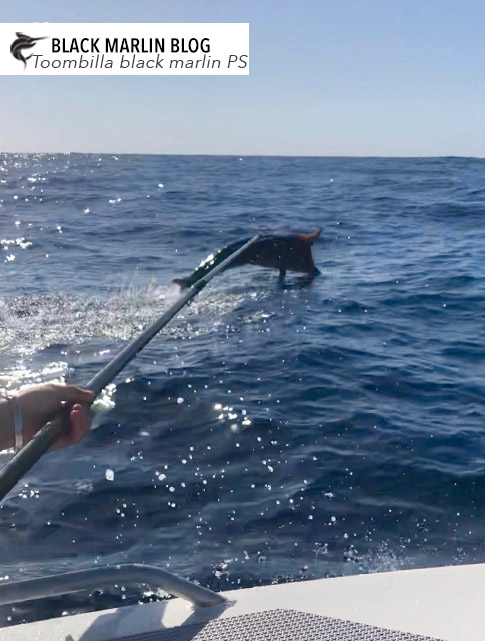 Updated: photo below via Dave Tucker (thanks Dave!) of a fish for Jessica Cox at the shootout on the weekend. Dave says Jessica was fishing on Toombilla and tagged 3 black marlin in her first tournament! Congrats Jessica!

Check out the final pointscores here: