A big weekend of tournament fishing is upon us. Good luck to teams competing.

Day 1 sees Craig McCulloch’s Reel Capture (5 from 6) at the top of the leaderboard.  Overall stats are 18 black marlin, 1 striped marlin and a wahoo.

Good luck to crews again today! (Thanks so much for the regular updates!) 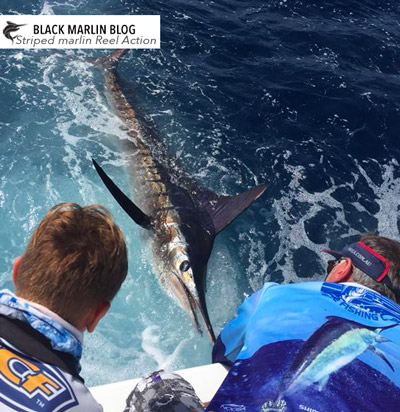 The Newcastle Port Stephens GFC 2018 Garmin Billfish Shootout starts today out of Port and there are 165 boats (750 anglers) competing! Massive!

And the fishing has been great mid week and so hopefully lots of fish reported.

Catch up reports – Simon Rinaldi’s Red Hot Fishing Charters getting one striped and tagging 4 blacks (missing number 5) on a half day last week (photo at top!)

Simon says there has been some good fishing on the both the inshore blacks and the Carpark holding plenty of blacks and the odd stripe. The water has hit 26 so more blues and blacks being caught.

Another catch up report from Brad Duggan from Thur 8th Feb (and I apologised to Brad as my spam filter caught this one and I’ve just found it – oops!)  Brad tells me that  PMGFC Boat Phillet fished on Thursday with first time marlin angler Nick Duggan on board. The day didn’t disappoint for Nick going 4-4-3 on blacks (on 10kg).  Brad says that Nick was quite happy to call it a day at 2.30pm when the skipper and crew suggested they pull up stumps. 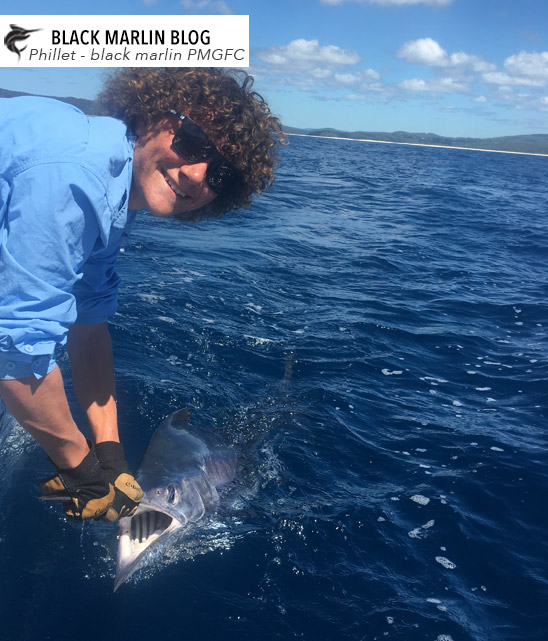