Thanks so much to Simon for the report!

The Annual Peter Goadby Memorial Tournament presented by Little Audrey Charters and was hosted by the Sydney Game Fishing Club over the 28th and 29th April 2018 out of their iconic game fishing club at Watsons Bay on Sydney Harbour.

Despite average weather conditions the fishing was on point with tags and captures of blue and striped marlin, big yellowfin tuna, spearfish, sharks and even the odd dolphin fish being recorded.

Over the two days of fishing the fleet of thirty boats raised good numbers of mainly blue marlin and yellowfin tuna. The fish weren’t small either with multiple yellowfin over 150lbs being taken, as well as a number of blues in excess of 350lb.

Sydney Game Fishing Club would like extend a warm thank you to all those who entered the tournament and have supported the event. The club would also like to thank the many sponsors who made the event possible, in particular our major tournament sponsors – Little Audrey Charters, IBW Constructions, Furuno Electronics, Great Norther Brewing Co, Sylvania Marina and Tonic Eyewear.

The complete results for the tournament are outlined below:

Unfortunately the weather has seen the Gold Coast Garmin Blue Marlin Classic until 18-20 May.  For the boats getting out this well there were still a few around. Capt. Simon Carosi’s Assegai caught 1 from 4 bites on Wednesday. Simon was back out with Capt. Tim Dean on Calypso yesterday for a 1 from 3. And Brad Dobinson’s Special K also fished yesterday for a 2-2-1 blue marlin.  Brad say he had 4 x 70 year old plus chaps in the cockpit who would have shown a lot of younger folks up – they did great – the blue we caught was 400lb and a great first marlin for Hugh Brown! 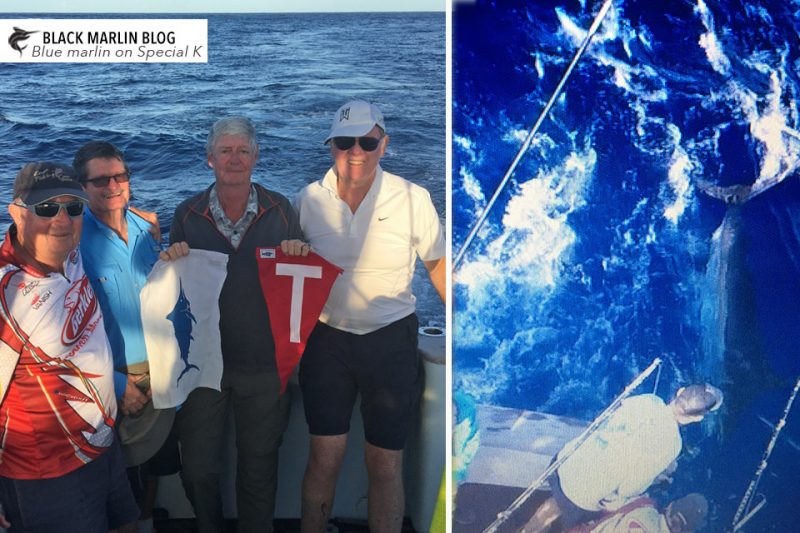