Congrats to Capt. Craig “Sparra” Denham’s Hot Shot whose decision to relocate south to chase swords has paid off with a potential Australian All Tackle record for Matthew Boyle weighed yesterday at 349kg (769.5 lbs). After some engine issues put them on the sidelines for a little while, they were finally able to get the fish that wanted on Saturday night. Matthew fought the fish for 5.5 hrs! 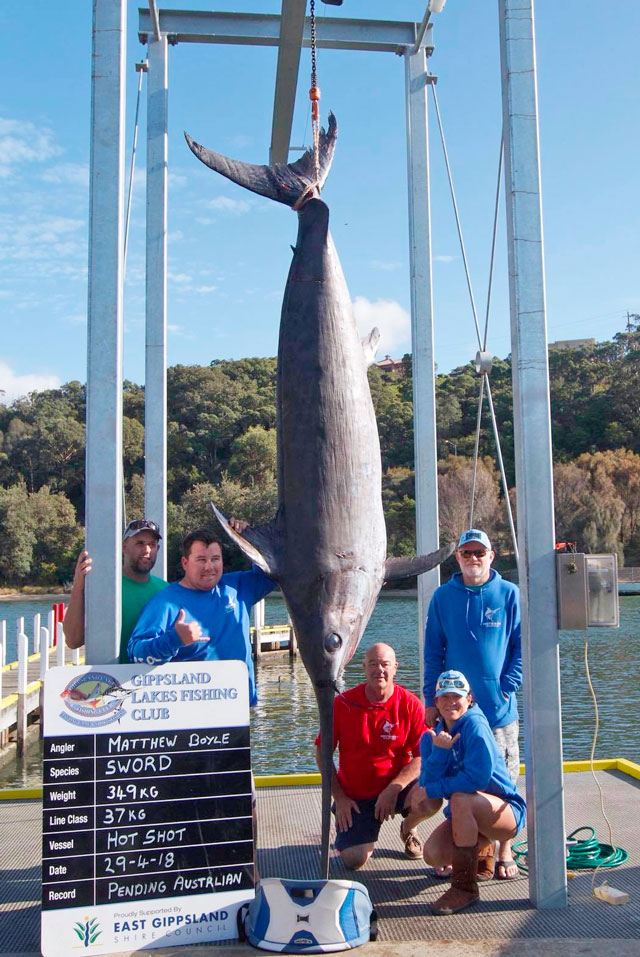 More to come including the Sydney GFC 2018 Peter Goadby Memorial Tournament report from the weekend.  Several big fish were recorded at this comp as well as another in the 700lb range this time a blue marlin on Ivan Bennet’s Ambition that weighed 337.5 kg (744lbs) for angler Ron Kovacs 337.5kg on 24kg which is also a Pending Australian line class record!

The Gold Coast’s Garmin Blue Marlin Classic was postponed due to weather and will now go ahead on May 11th.