Updated: Catch up report from Capt. Daniel Klein on On Site who reports 2 real big ones and a few small ones on his last trip as well.

Outside the comp, another day for big fish at the top of the reef. Record fishing 30lb with Jason Caughlan on board, Capt. Craig “Sparra” Denham’s Hot Shot fought a real nice one for 3+ hours before the line unfortunately parted.

Another big fish day for Capt. Adam Jordan’s Iona II with a fish he put at 1000lb to NZ angler Hudson after losing one the day before he put at just as big!

According to tournament headquarters, a total of 17 tags on Day 3 of the Lizard Island Black Marlin Classic 2018 and more of the tournament fleet entering the race.  Four boats each tagging three a piece on Tuesday including some nice fish among them was Wombat at the wheel of the Eggins family’s Althaldo with fish at 750, 750 and 200 for Josh.

Capt. Scotty Thorrington at the wheel of Port Hacking GFC’s The Outlaw added two, while Pro-fish-ent, Absolute and Minke each added one.  Pro-fish-ent accounting for the biggest fish of the day at 900lbs and I also heard they released a second at 1100lbs that’s not included on the scoresheet.

Zulu’s fish put them at the top of the leaderboard with 7 tags from Amokura with 6 and Absolute with 5.

And the Port Hacking GFC members are getting around with more fishing with Capt. Chad Mills’ Blue Lightning this week.  They notched up another 12 sailfish yesterday taking the total to 241. Leah tells me that yesterday was incredible they were just cruising the surface feeding in big pods. 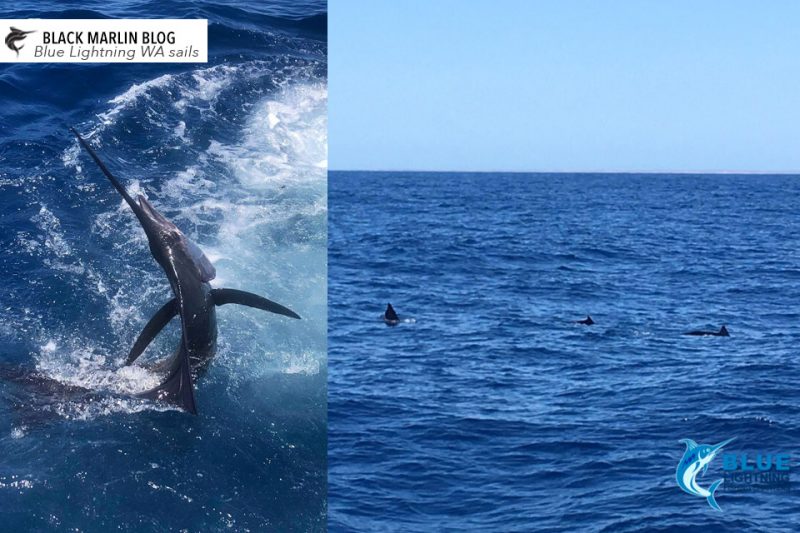