Some more great fishing continuing at Port Stephens this week. Best of the bunch on Mike and Hayley Bonnic’s Zorro who went 16 from 20 made up of 10 stripes and 6 blacks! Bruce Rayment fishing on his boat Avalon from nearby snapped the great action shot at top! Bruce reports on Avalon they tagged 3 black marlin at Port between Thursday and Saturday (photos below).  Bruce also reports that there was just as many whaler sharks as marlin on the bait. Point proved on board Anthony Vadala’s Phat Cat who had two busy days on the water this week with 8-7-6 on marlin (4 stripes and 2 blacks) and 5-4-4- on bronze whalers. Erin Skehan wound them all in and Mitchel Skehan was on the leader. And earlier in the week tagging another 6 being 5 blacks and a stripe and fishing with Haydn Powell also accounted from 3 bronze whalers and 2 dollies on the water by 9:30 and finishing up at 1pm!

Unfortunately the CCGFC Garmin Marlin Skins Shootout has been postponed due to weather, boats able to get out Saturday morning took advantage of some great fishing before the change came through. 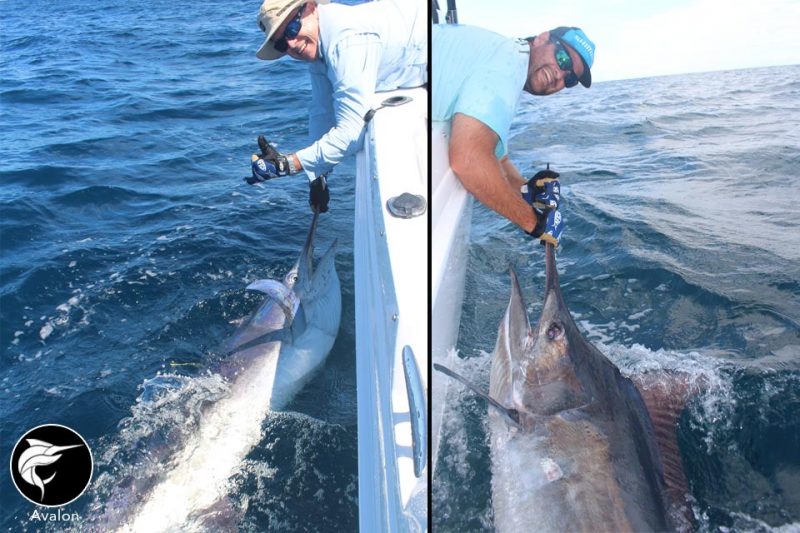