The East Australian Current (EAC) sweeps in a southerly direction all the way along the coastline, gathering momentum as it passes through south-east Queensland and into northern NSW, particularly through the summer months. And with the current comes the summer run of juvenile black marlin.

These are the same fish caught from as far north as Cairns the previous winter that make their way south with the current and the bait.  While yakkas are the baitfish of choice in the majority of Queensland, once these fish taste slimey mackerels (usually from about the Sunshine Coast south) they don’t look back!

Already this season the blacks are already being reported as far down the coast at Port Stephens (the Gibber) and some of the best of the reports so far include:

14 from 16 blacks and sails (11 black and 3 sails) solo for Daniel Barker on Raising Havoc off the Sunshine Coast on Saturday (2nd Jan).

James Holt (French Look 3) caught 7 blacks on the Gold Coast which has also been firing in the leadup to the Gold Coast GFC’s Light Tackle Masters next weekend! Mat Stehmann’s newly refitted 34 Blackwatch went 11 from 17 on Saturday (10 blacks and a stripe) and then followed up with 7 from 9 on Sunday.

Thanks to Okuma for the inspiration, free desktop wallpaper for you for the first three months of 2021. Click on the image below to view and download the full size image. For personal use only – photo and artwork by me (Kelly). 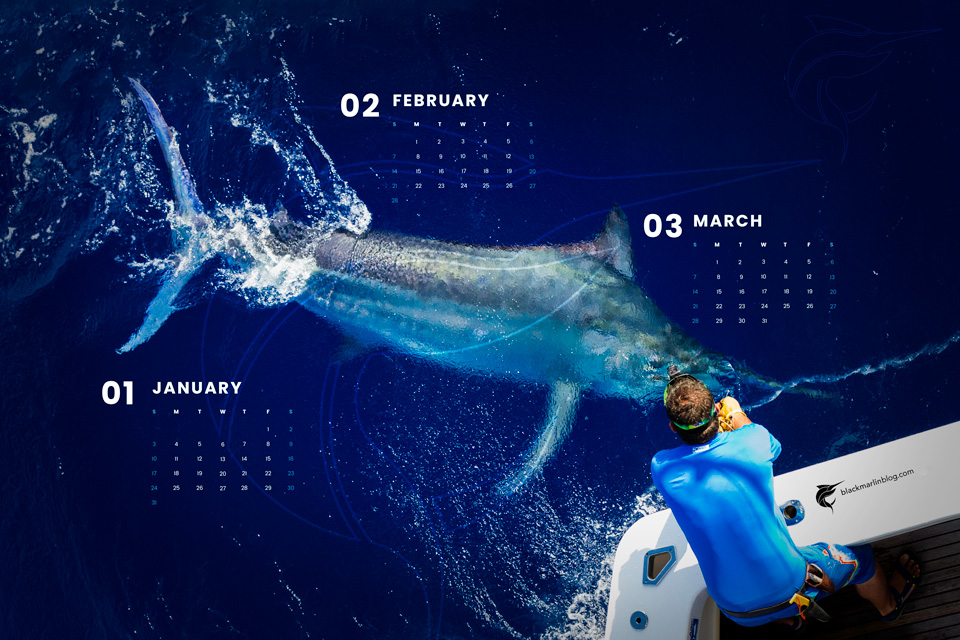